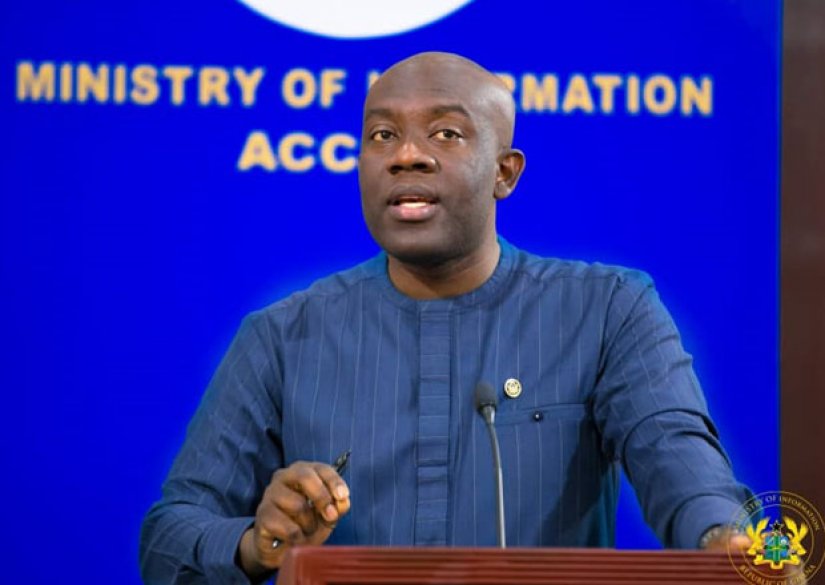 Minister for Information, Kojo Oppong Nkrumah says his “Papa no” comment was not intended to offend anybody.

Oppong Nkrumah request of the Speaker to expunge the word from the records of the House.

"Mr Speaker earlier I was trying to catch your eyes to request that the use of my expression which caused some apprehension on the other side be expunged from the record, I did not mean to offend anybody... and if anybody took offence to it let the records reflect that it has been expunged."

Confusion in Parliament over “Papa no”

There was drama in Parliament on Friday after Information Minister Kojo Oppong Nkrumah described former Deputy Energy Minister John Jinapor as “Papa no.”

This phrase ‘Papa no’ has become popular on social media after actress Tracey Boakye used it repeatedly to describe a married man she claims she and musician Mzbel are in the same relationship with.

Well, it found its way onto the floor of parliament late Friday night as the house approved the Agyapa Royalties Limited agreement.

Minority leader Haruna Iddrisu demanded he withdraws the comment else they wont recognise him as minister, and referred to him as ‘Maame no’. He does not understand why the minister will introduce popular phrases being used on social media in the house.

“You come to parliament to employ those words used on social media, we take strong objection to it. If you don’t withdraw, we won’t recognize you today as minister. We will not. Do what you will do,” Haruna Iddrisu said.

Minority MPs banged the table whilst Majority MPs shouted ‘Papa no’ in the background as the debate continued.

“The honourable minority leader’s anger, I pretended to overlook it because I think it’s in the spur of the moment. And knowing this house, tomorrow, we will get over it. But some insist on making an issue over it.

“I don’t think we will gain anything as a house by pretending this is new. And the threats don’t come to anything. So, the house will proceed,” he said.

The debate on the deal continued after that. Eventually, the Minority MPs walked out of the house in protest of the deal. But the majority went ahead to approve it.