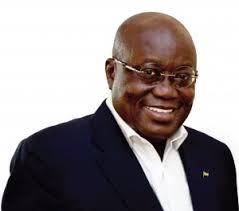 President-elect Nana Addo Dankwa Akufo-Addo will be in Ho, the Volta regional capital, tomorrow, Saturday, December 17, for the first time after he was declared winner of the December 7 elections.

Nana Akufo-Addo’s has been invited by Togbe Afede XIV to celebrate his election as the president of the National House of Chiefs.

The Agbogbomefia of the Asogli State beat three others: Awulae Atibrukusu III, the Omanhene of the Lower Axim area; Okyenhene Osagyefuo Amoatia Ofori Panin II; and Nana Kwabena Nketia VI, the Omanhene of the Essikado Traditional Area, to occupy his new position as the president of the national house of chiefs.

He takes over from Naa Professor John Nabila, who has ended his term of office.