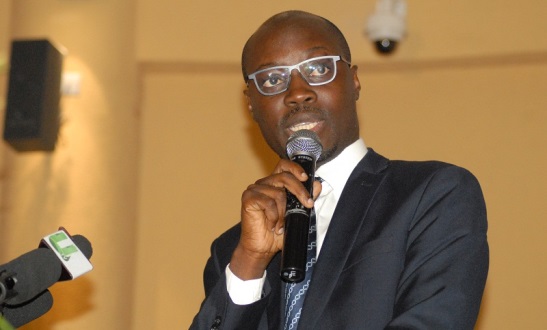 The outgoing National Democratic Congress (NDC) government, under the leadership of President John Dramani Mahama, has managed to leave behind a historic and monstrous national debt of over GH¢112 billion as against the $300 million-Sinking Fund.

Cassiel Ato Forson, a Deputy Minister of Finance, speaking at a press conference yesterday in Accra to throw more light on the country’s economy, stated: “For the records, let me say that we are leaving very strong Sinking Fund in excess of $300 million. It is there for any government to take advantage of.”

He said this while answering a question from the media on the alleged depletion of state resources by outgoing administrations.

Economic pundits have argued that government has paid GH¢10.5 billion as interests on loans for this year alone.

The NDC inherited a debt stock of GH¢9.5 billion from the previous Kufuor administration in 2009.

It would be recalled that Dr Bawumia, the country’s vice president-elect, on several platforms, warned that government’s continuous borrowing would push the national debt to $42 billion in December.

He also accused the government of failing to put to good use the huge loans it had contracted.

“In fact, 66 percent of Ghana’s debt from independence has been accumulated under the presidency of John Mahama in just the last three-and-a-half years.

“By the end of 2008 following the adoption and implementation of the HIPC initiative, the government’s policy framework of fiscal discipline, the country’s debt to GDP ratio, had declined from 189 percent in 2000, to 32 percent of GDP by 2008,” he disclosed.

He argued: “In terms of the dollar equivalent of the borrowed amount, this government has borrowed some $39 billion in eight years.”

“When I mention this, they either get confused or pretend to get confused; so for the sake of clarity, I have put in this document a table that shows them clearly the dollar equivalence of all the amounts borrowed from 2009 to 2016, in fact by December 2016, the government would have borrowed $42 billion.”

“The government would claim no doubt, that the book value of the debt is $26 billion; but quite frankly, that is a weak argument.”

“The only reason why the book value of the debt is $26 billion is because we are applying today’s exchange rate which the same government succeeded in collapsing to the value of the debt; and not the exchange rate at the time the money was borrowed. With this major increase in the debt, Ghana’s debt to GDP ratio has increased from 32 percent in 2008 to 72 percent at the end of 2015,” Dr Bawumia explained.

Government has indicated that most of its borrowed funds went into servicing maturing debts and also into infrastructural development.