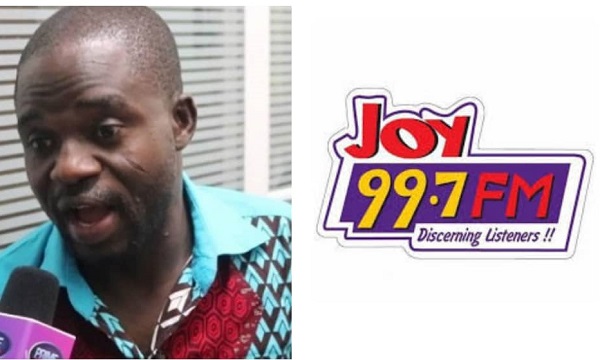 The National Media Commission has ruled on the case that involved the Government of Ghana, journalist Manasseh Azure Awuni and Multimedia Group.

The Commission in their ruling said the 'Militia' documentary which was put out by Multimedia was unethical, misleading and amounted to a misrepresentation of facts.

It would be recalled that on March 7, 2019, the television station, Joy News aired a 22-minute documentary titled "Militia in the heart of the Nation," which was partly aired on radio on Joy FM, Adom FM and Asempa FM.

The documentary indicated that a "militia" [De Eye Group] had been uncovered training and operating at the Christianborg Castle at Osu in Accra, which is a "security zone" with the complicity of the government as it belonged to the political party in power, the New Patriotic Party (NPP).

But dissatisfied with the documentary, the government, through the Minister of Information filed a petition dated March 13, 2019, and addressed it to the Chairman of the NMC.

After months of hearings, the Commission declared in its holdings that:

‘The investigation had not been consistent in following the ethical standards defined by the Ghana Journalists Association code of ethics, particularly guidelines 23 which states that a journalist ensures that photographs and multimedia content adequately reflect an event and do not highlight an incidence out of context.

This resulted from the fact that whereas the respondent used a photo from a BBC report on an attack on the Nigerian senate to promote the documentary online, they failed to relate it appropriately.

Again the inclusion of shots from the Ayawaso West Wuogon violence and attack on the Ashanti Regional Security Coordinator were at variance with the activities of the D-Eye Group as captured as the castle.
The commission concluded that there was no predisposition to violence in the documentary. Therefore, the association of the D-Eye Group with the Ayawaso West Wuogon Violence and the BBC story from Nigeria were sensational.

The holding further stated that:
The commentary on the documentary and the association with the Ayawaso West Violence was misleading and a misrepresentation and asked the Multimedia group to publish the full ruling of the commission since it had earlier published the rejoinder from the government. 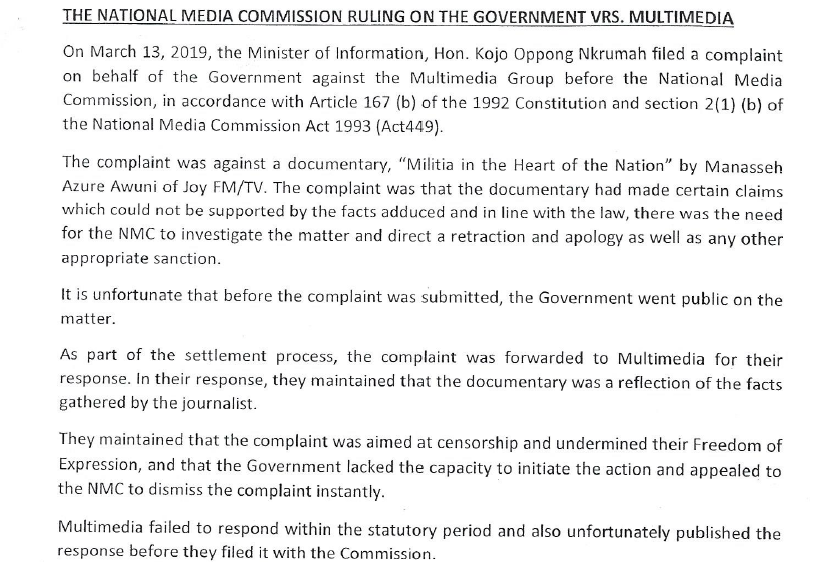 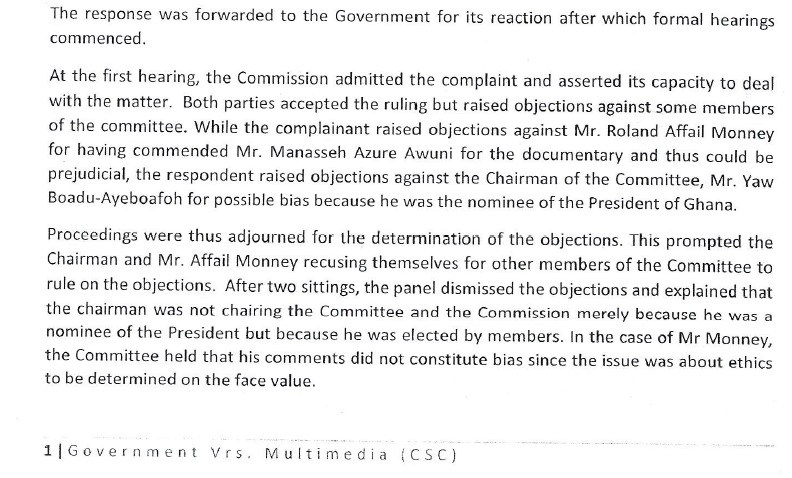 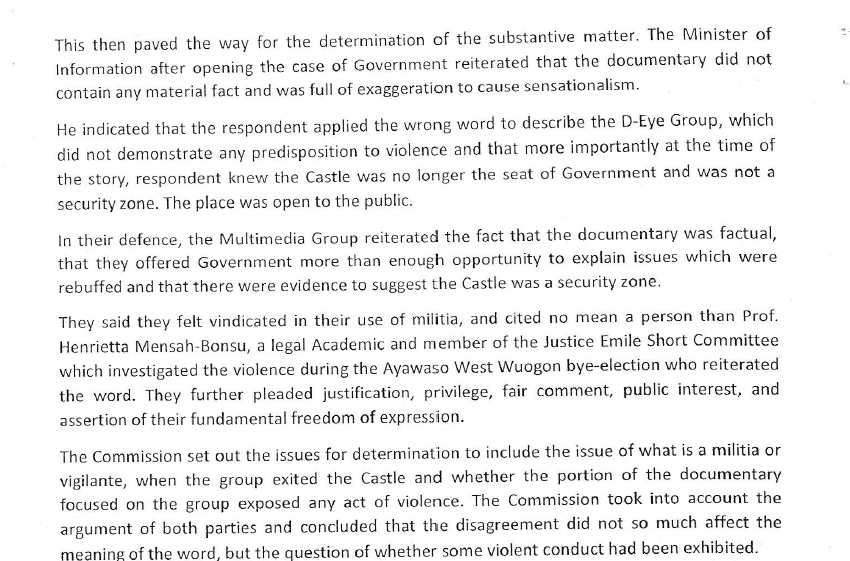 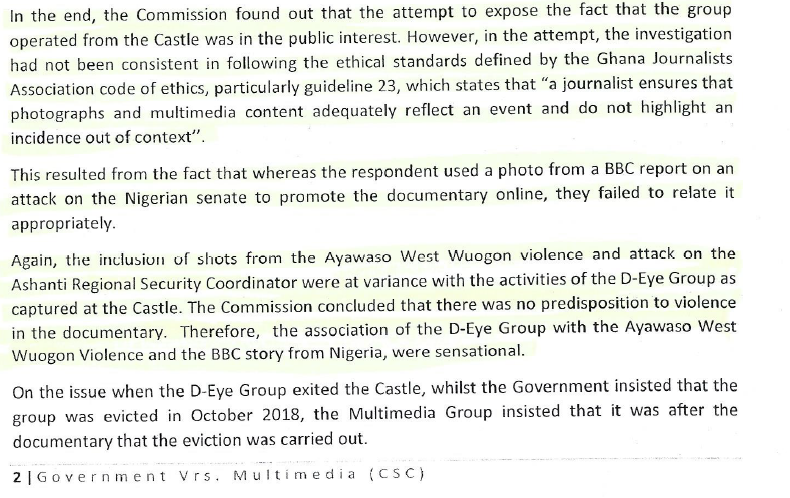 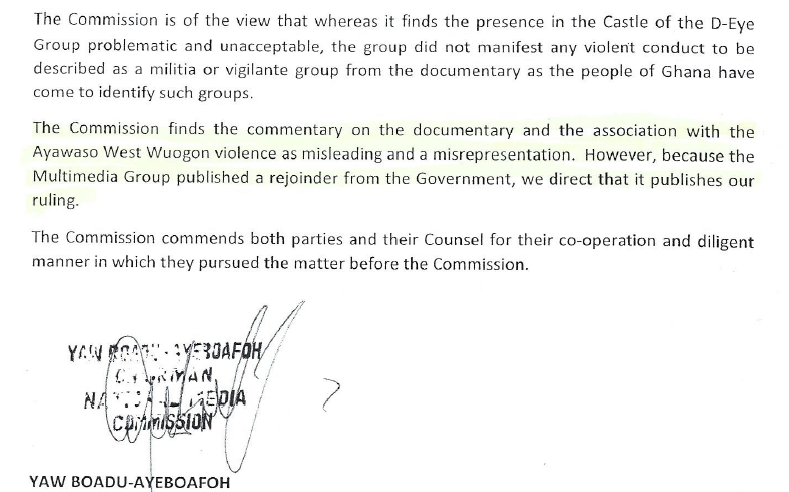