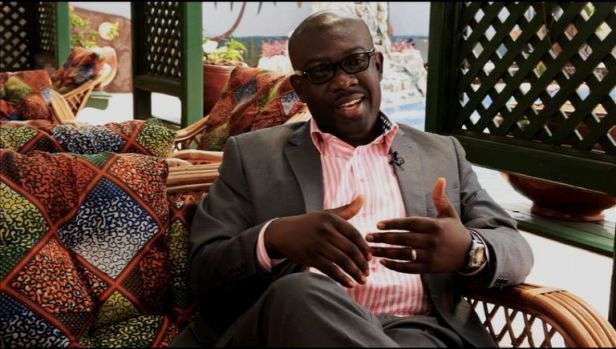 The New Patriotic Party (NPP) has parried a perceived trap by the outgoing National Democratic Congress (NDC) administration to pay allowances to its (NPP) members on the Transition Team.

According to the members of the NPP side of the team, they rejected perks that come with the job on the basis that the economy cannot support such perks.
Spokesman for the team and Member of Parliament-elect for Ofoase-Ayirebi, Kojo Oppong-Nkrumah, says the NPP’s stand is part of the incoming Akufo-Addo government’s austere measures to rescue the ailing economy.

Mr Oppong-Nkrumah explained that everybody pays for his food without any government support, adding that at lunch time members drive out to feed themselves individually.
He said the NPP team wrote to the Chief of Staff at the office of the president to communicate the party’s position to the presidency.

Previous transition meetings led to monumental scandals with millions of cedis being spent on snacks and food as well as sitting allowances.

Mr Kojo Oppong-Nkrumah also told the media that the team was preparing an interim report to be submitted to the president-elect, Nana Addo Dankwa Akufo-Addo.

The report, he claimed, borders on a wide range of issues, but most importantly, national security and the economy.
The report is expected to be submitted by January 5, 2017 before the inauguration of the new president on January 7.
“The interim report for the president-elect essentially will cover the basic bits of information we have received currently and most importantly some national security briefings between himself and his representative on the team responsible for national security, Albert Kan Dapaah. But the detailed interim report is what you just saw us meeting about which will be submitted to him before the inauguration day,” the spokesman underscored.

He stated that the heads of the various committees of the NPP team were being taken through how to prepare the outlines for the president-elect.
By the provisions of the Presidential Transition Act, the Transition Team is to make comprehensive arrangements to regulate the transfer of political power from the outgoing Mahama-led National Democratic Congress (NDC) administration to the incoming Akufo-Addo-led New Patriotic Party (NPP) government.

The law provides for the establishment of three specific committees – the inauguration sub-committee, the government machinery sub-committee and the presidency sub-committee – and any other committees the Transition Team considers relevant for the performance of its functions.

The NPP side has had cause to express concerns about some last-minute decisions taken by the outgoing administration, including the award of contracts, increase in allowances and promotions in some state institutions; but their colleagues on the other side of the divide have sought to justify the moves by the Mahama government.
President Mahama, who has less than 10 days to hand over power, has also justified these last-minute decisions.
At a meeting with the Catholic Bishops Conference in Accra on Wednesday, he said all the decisions were made in the larger interest of the country.

He insisted that even though he had lost the recently-held national election to the New Patriotic Party’s (NPP’s), Nana Akufo-Addo, he remained the president and that he was still responsible for steering the affairs of the country until he officially hands over power on January 7, 2017.

“We are looking forward to the inauguration. The transition has gone smoothly so far and we have engaged each other in utmost good faith. Our democracy is evolving and so there are some constitutional issues that definitely have come up as to whether a president is still a president, even after he has lost an election until the midnight of the inauguration. But I believe convention or legality might answer those questions.”

“So for whatever we agree to do, we set the pace for the future and so we’ll continue to work together for the greater interest of Ghana,” Mahama said.