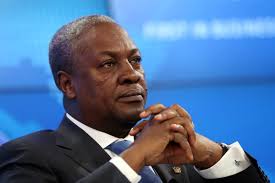 President John Mahama's appointment of the Mr Joseph Whittal and Ms. Josephine Nkrumah as the Commissioner of the Commission for Human Rights and Administrative Justice (CHRAJ) and the Chairperson of National Commission for Civic Education (NCCE) respectively is being challenged in court.

President Mahama on Tuesday, a little over two weeks to the expiration of his term of office, confirmed the two who were in acting capacities and swore them into office at a ceremony at the Flagstaff House.

But a suit filed by Lawyer Philip Addison is challenging the power and authority of the outgoing president to appoint and or confirm the two who were both deputies in their respective institutions.