Nurses & Midwives give gov't Jan. 31 deadline to pay all allowances of rotation nurses 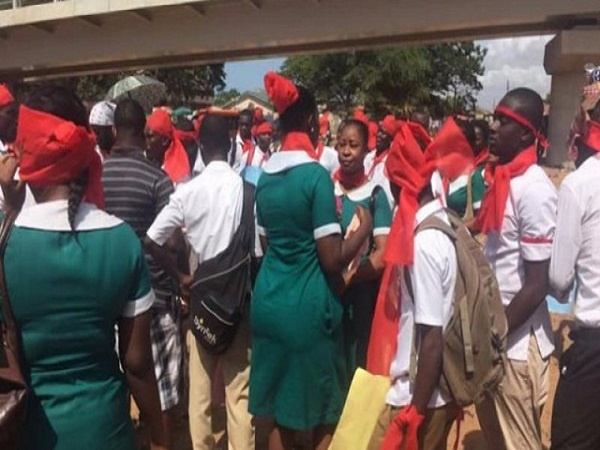 The Ghana Registered Nurses and Midwives Association (GRNMA) has given the government an ultimatum to pay allowances of nurses and midwives interns on national service across the country to prevent any industrial action.

The GRNMA alleges that the majority of these nurses have not been paid since April 2019.

Dr. Kwaku Asante-Krobea the President of the Association in a letter to the Health Ministry following their national council meeting last Friday demanded that the nurses be paid their corresponding allowances on the single spine salary structure as negotiated.

He also requested that the arrears be paid before January 31, 2020.

READ ALSO: Be truthful to us - Rotation nurses tell Deputy Minister for Health

He also demanded that all outstanding issues should also be resolved by the end of 2019.

“We have noted with concern, the plight of the majority of Nurses and Midwives interns on National Service Allowance over a period of eight months attributed to avoidable bottlenecks in their biometric registration. This is deemed as a disservice to these interns and will not be tolerated by the mother association.”

We, therefore, request as a matter of urgency that the Ministry of Health and its agencies and the Ministry of Finance should address the matter and all other bottlenecks related to the internship of these nurses and midwives on National Service. Salary arrears due the nurses and midwives interns from April 2019 to date should be paid to them by 31st January 2020,” the statement added.

The past few months have witnessed various groups including health workers calling on the government for salary payment amongst other concerns.

In September 2019, the Nurses and Midwives National Service Personnel across the country appealed to the government to advance action on paying their five (5) months National service allowance arrears.

According to the group, the government had not paid them their national service allowances between April and August 2019 and efforts to get the government to start processes for the payment of their allowances have proven unsuccessful.