Office of the Special Prosecutor gets new governing board 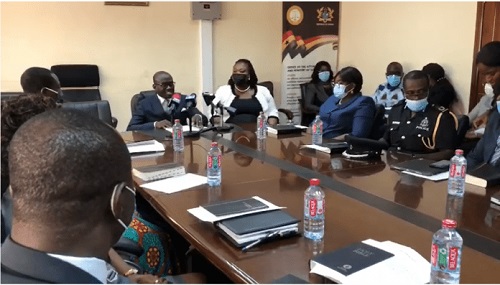 The Office of the Special Prosecutor (OSP) finally gets a governing board after the tenure of the first board expired in June 2021.

This means the OSP’s office is now well-constituted to perform all its functions under the law, including the recruitment of the requisite for the execution of its mandate of investigating and prosecuting suspected corruption and corruption-related offences.

The Special Prosecutor has had reason to complain how the delay in constituting the board has stalled his work, especially with respect to the recruitment of staff which the board must advise.

Pressure was brought to bare from many quarters including Civil society.

Meanwhile, Office of the Special Prosecutor revealed that they will be prosecuting thirty-one corruption cases this year.

According to him, the said cases have gone through the necessary vetting.

"We have 31 active cases before us and we've finished the entire review and those that we will take to court for prosecution will be what we believe are strong in terms of the evidence to match up to be approved beyond reasonable doubt, the others we will advise ourselves in the national interest as to how to go about them."

Explaining his inability to mention the thirty-one cases that are ready for prosecution he said "putting things out there when you are not too sure whether you want to prosecute at this stage or not you may end up destroying peoples reputation."

He also said there is a need to provide the office with the needed resources to carry out its mandate.

"Without money, we cannot do anything we will be reduced to writing long letters without any force because we need money for everything especially our operations."

"And the question as to whether what was allocated to the OSP was sufficient I will say generally in Ghana nothing is sufficient and what was put there I have seen it but it does not match up to my expectations but I can not give up."