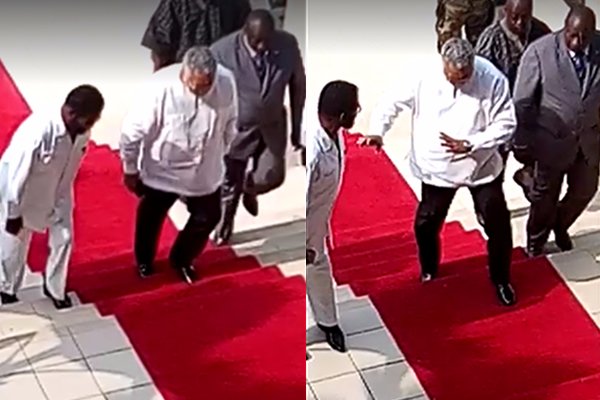 Dr Vanderpuije was seen, in a short video which has gone viral, paying obeisance to the former President Rawlings after he arrived for President John Mahama's last State of the Nation Address (SoNA) and was walking on the red carpet on the staircase into the house.

Mr Rawlings after acknowledging the greetings stopped and gestured Dr Vanderpuije to stop following him and proceeded to enter the house leaving the AMA boss stupefied.

This has been criticised by many as unstatesmanly but according to Mr Adams, Dr Vanderpuije invited the embarrassment onto himself.

Speaking on Okay FM on Friday, Mr Adams,  a former spokesman for Mr Rawlings said though the incident was unfortuante, Dr Vanderpuije ought to have known better and allowed protocol to work instead of trying to distract President Rawlings.

"Oko Vanderpuiye breached protocol. He should have known better. Even Rawlings directed him not to walk on the ced carpet after initially avoiding him but he forcefully went through which was not right".