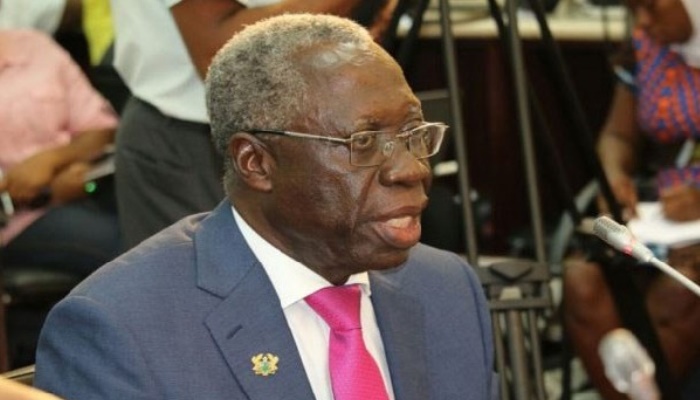 Managing Editor of the Daily Dispatch,  Ben Ephson says the resignation of the Senior Minister, Osafo-Maafo will make things easier for the President in selecting cabinet Ministers for his second term.

Assessing the performances of Ministers in their first term on TV3, Ben Ephson said the position is likely to die with him.

He noted that the duties of the Senior Minister could be carried out by the Chief of Staff.

He believed that the President will not appoint more than 90 ministers in his second term.

Senior Advisor with the African Parliamentary Network, Professor David Abdulai also said the position is likely not to be repeated but advised that if the President will bring back the position, it functions must be clearly defined.

Yaw Osafo-Maafo has resigned from his position as the Senior Minister according to Asaase.com.

His reported exit follows calls for him to be excluded from President Akufo-Addo’s second term.

Under his tutelage, the National Public Sector Reform Strategy (NPSRS), which is to be implemented between 2018-2023 was prepared.

His office also was instrumental in the implementation of the government’s Ghana Beyond Aid agenda.

He was, however, involved in a series of controversies, most notably the $1million Kroll and Associates deal.

This deal which was brought to light by the Auditor-General, Daniel Yaw Domelevo is believed to be one of the reasons Domelevo was forced to go on leave.