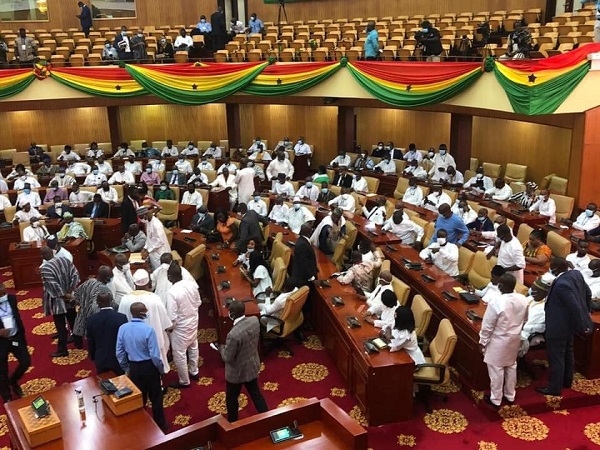 The Member of Parliament for Asawase constituency Muntaka Mubarak says the entire Parliament owe Ghanaians for the chaos that erupted during the inauguration of the 8th Parliament.

Chaos erupted after the Member of Parliament for Tema West, Kingsley Carlos Ahenkorah, snatched some ballot papers and attempted to flee from the Chamber.

Mr Muntaka says this should never have happened and apologized to Ghanaians for their actions.

"Let me say that we owe the people of Ghana an apology. I think as Parliament, we ought to have done better because people cannot go and queue from morning to evening to elect us to come and be doing this. I am very sorry for what we did on inauguration day. We could have been more decent," the MP who doubles as the Minority Chief Whip said on Citi TV.

MPs of the ruling New Patriotic Party (NPP) and the opposition National Democratic Congress (NDC) clashed during the inauguration of the 8th Parliament.

This was after Tema West MP Carlos Ahenkorah snatched uncounted ballot papers during the process to elect the Speaker of Parliament.

The NPP legislator snatched the ballot papers while counting was ongoing and attempted to bolt with it.

He was, however, chased by some legislators from the NDC, sparking chaos in Parliament.

Some NDC MPs were also captured on camera kicking the ballot box while the scuffle was ongoing.

Furthermore, there confusion over sitting arrangements, with NDC MPs intentionally occupying seats meant for the Majority.

All these chaos led to the military being invited into Parliament’s Chamber in a bid to restore calm.

The Peace Council said it has since invited MPs from both NPP and NDC to encourage the use of “sobriety, moderation, temperance and common sense” in Parliament.