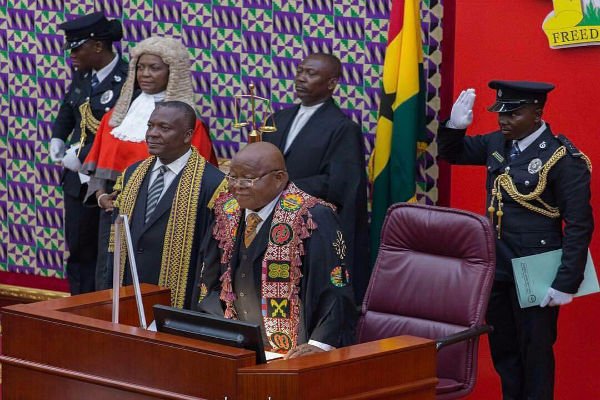 The Vigilantism and Related Offences Bill 2019 has been passed by Parliament today.

In a memorandum issued by the government in April 2019, the object of the Bill is to disband political party vigilante groups and proscribe acts of vigilantism in the country.

The memo further stated that the unfortunate incidents of politically-related and motivated violence has led to the formation, organisation and promotion of "vigilante" groups associated, connected or affiliated with political parties in the country. The vigilante groups show up during public elections or political party events for the sole purpose of providing security for elections and political party activities.

The Bill was laid amidst disagreement from the NDC and its minority in parliament who argued that a bi-partisan engagement initiated before the bill was introduced was the way to go, but this notwithstanding the Bill has been passed.

In the opinion of the NDC, existing legislation deals far more comprehensively and clearly with the problems of political violence the country was confronting than what the Bill contained.

Again the submission of the NDC that Section 200 of the Criminal Offences Act addresses concerns about the operations of armed militias more effectively than the Bill does and robs the Bill of any value.

According to the NDC, the militias' problem was a complex socio-political problem and simply characterising it as "vigilantism" and rushing to "anti­ vigilante" legislation solved nothing.

Meanwhile, the law will now be forwarded to Akufo Addo for presidential assent.

Political vigilantism : Politicians will be jailed for engaging in act - Maj. Leader