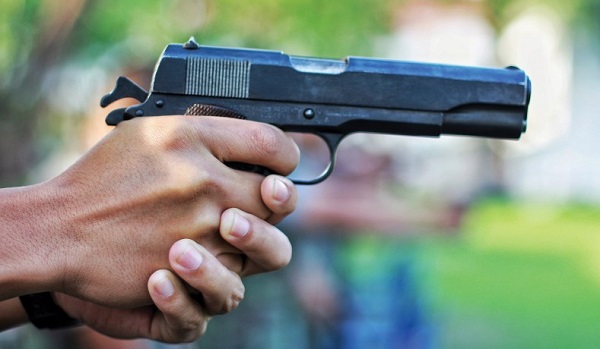 The National Peace Council is pushing for a policy to bar civilians from wielding guns in public.

This comes after an alleged security operative pulled a gun to threaten bodyguard of the Member of Parliament for Asawase Muntaka Mubarak at a registration centre.

The Peace Council is warning of dire consequences in the upcoming elections should government refuse to act to curb the violent trend.

Right Rev. Christopher Nyarko Andam, the Ashanti Regional Peace Council Chairman says the government must step in to deal with this issue before the December polls.

"It is becoming a phenomenon and we must put a stop to it at once before it escalates to something else. Going to the registration centre to register your name is not a battle. These are early warning signs and this issue must be dealt with at once"

The current voters' registration exercise has seen some violence at some centres.

The most notable is the incident at the Steps to Christ Registration Centre at Kasoa.

She admitted to firing the gun but says she did it out of self-defence because she felt threatened by NDC thugs.

Her actions were widely condemned and she was invited by the police for interrogation.

A gun and license were retrieved from her and the case has been forwarded to the CID Headquarters in Accra.

Many civil society groups have called on the President to sack her as Minister for Special Development Initiative but Editor in Chief of the New Crusading Guide Abdul Malik Kweku Baako says that will be prejudicial because investigations are currently ongoing.