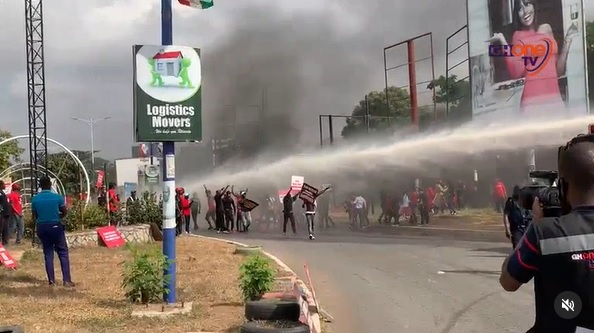 Supporters of the National Democratic Congress (NDC) have clashed with the police at Electoral Commission headquarters in Accra.

The supporters are demanding that the Electoral Commission reverses its decision to announce Akufo-Addo as the winner of the 2020 election.

They claim that the real winner of the polls is NDC flagbearer John Mahama and he must be announced the winner. 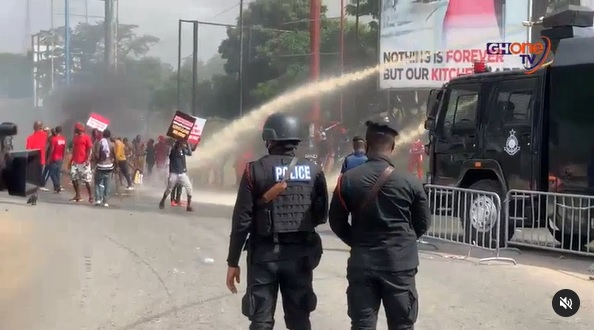 A similar protest has been held in other parts of the country but this one on December 17, 2020 turned bloody.

The supporters are with loads of placards, they could be heard chanting “No Mahama No Peace”

The clash which was expected to be peaceful turned bloody as the supporters started pelting stones at the police.

The police also fired rubber bullets and unleashed water cannons on the agitated supporters, some supporters sustained various degrees of injuries and one person is reported to have died as well.

The police have been able to calm the situation for now.