Police arrests 6 persons over the importation of illegal arms 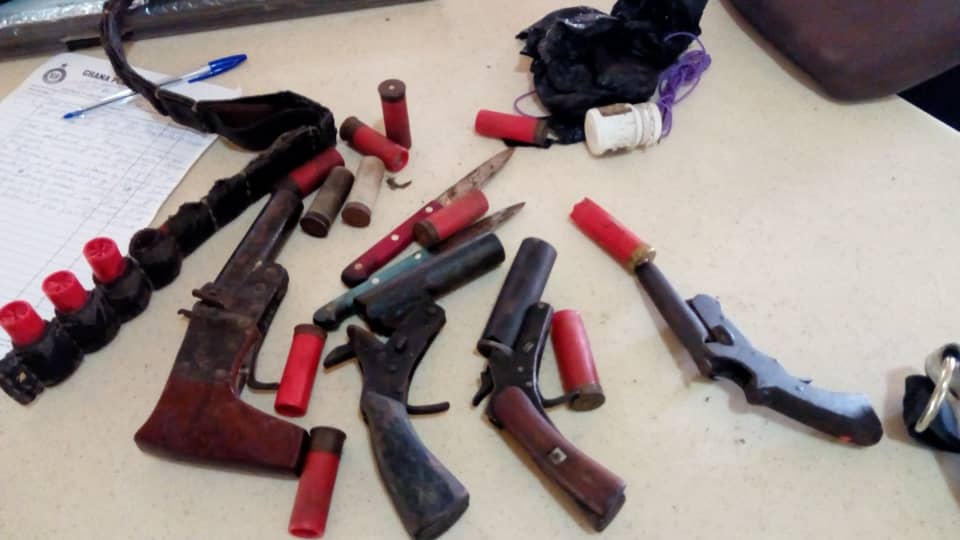 The Marine Police Unit in Tema has picked up six people in connection with an alleged attempt to illegally import arms and ammunition into the country from Turkey.

The 436 pistols and 26 packs of ammunition consisting of 50 pieces each in a pack were found to have been concealed in personal effects made up of clothing, shoes and bags among other items in a 20-footer container with a declaration number 40920230853.

On Saturday, October 10, an agent with Crystal Shipping who had attempted clearing the consignment at the Tema Port on Friday October 9, 2020 however led the police to arrest five others said to be owners of the various parcels that were consolidated into the container.

Sources at the Port told Graphic Online that the arms were detected during a physical examination exercise on the container at the Terminal Three facility by officials of the Tema Command of Customs who then informed the Marine Police Unit and other security agencies at the port.

The Commander of the Marine Police Unit, Mr Joseph Antwi-Ababio confirmed the incident to Graphic Online but said, further investigations were being carried out to ascertain the purpose for the importation.