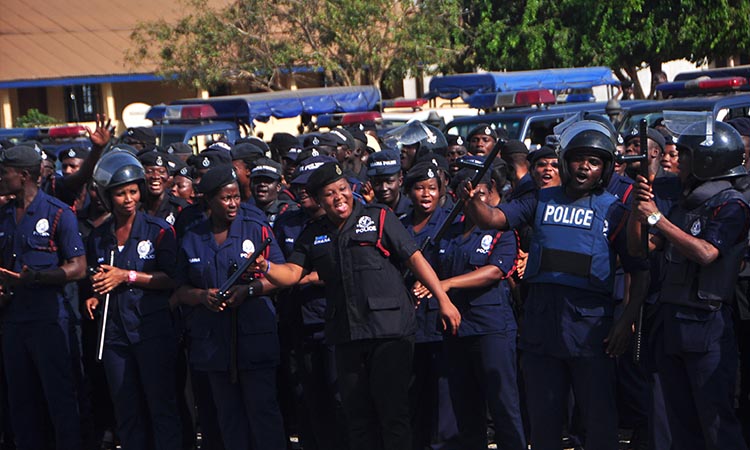 Police in Yeji in the Bono Region have gunned down a suspected armed robber on Monday, September 21.

According to the police, the suspect together with an accomplice attempted stopping a vehicle on the Yeji highway but upon releasing it was the police vehicle they opened fire.

The police returned fire killing one of them in the process.

"About 4:40 hours the police officers were on a highway patrol along the Yeji upon reaching a section of the road at... bridge, the policemen saw torchlights each emerging from both sides of the road. The suspects on seeing police vehicle fired and the police also fired towards their direction and killed one of them instantly

"A search was conducted in the bush and police found two single... guns modified as a shotgun and six mobile phones."

The body of the suspected armed robber has been deposited at the Mathias Catholic Hospital.