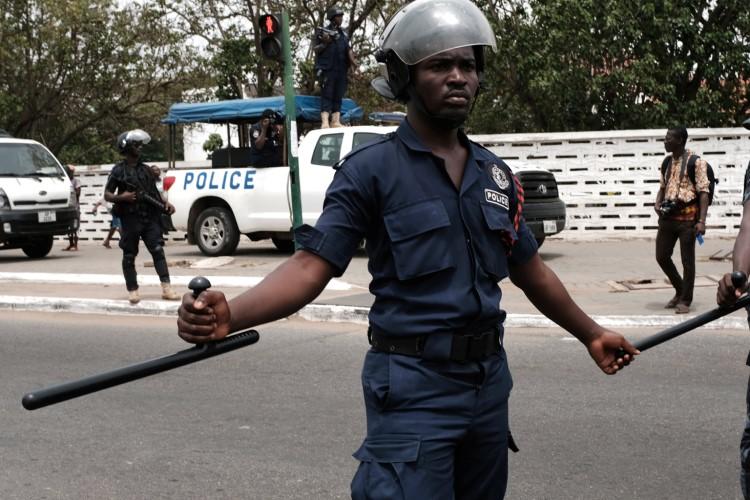 A group of Civil Society Organisations has called on the Police Service to fast track investigations into acts of violence during the recently held general elections.

The group is dissatisfied that “few arrests and prosecutions” have been made in relation to election-related violence.

The 2020 election was marked by military personnel policing urban areas and some polling centres.

At least seven persons died in election-related violence during the polls.

The group in a statement indicated that the “loss of lives had not been accounted for” by the Police.

“It is of concern to us that the public has not been updated on progress in the Police’s investigations into these incidents,” it added in a statement

There were 61 recorded cases of electoral and post-electoral violence across the country.

Twenty-one of the incidents were true cases of electoral violence, six of which involved gunshots.

One other person died later on from wounds from the violent incidents.

Below is the statement from the CSOs

In a virtual meeting of Civil Society Organisations, held on December 28th, 2020, to monitor and respond to developments within Ghana’s post-Elections environment, we noted with appreciation, the role that has been played by the Ghana Police Service in maintaining peace and security before, during and after the 2020 general Elections. We commend the Police for largely securing law and order, while respecting the democratic rights of citizens to protest, during recent demonstrations by the National Democratic Congress (NDC) over the outcomes of the Elections.

We are cognizant of the critical stage in the post-Elections transition process which we have arrived at, as a nation. This is the phase involving contestations over Election results,in court and through protests, and the swearing-in of a new Parliament and the President-elect. Within this context, there is the possibility of simmering frustrations erupting into political violence, and equally, of public jubilation and celebration also erupting into violence, if the Police are not seen to maintain a non-political stance, and if the democratic rights of citizens are violated.

We have therefore noted with disquiet, recent developments that threaten to taint the posture of impartiality of the Police and sway public perceptions of the Police Service as a non-political, state institution. We refer to the Police’s directive placing a temporary ban on the NDC’s demonstrations and protests, following an injunction granted by the Court at the instance of the Police.

We appreciate the security considerations that may have precipitated this directive; namely the NDC’s signalled intention of nationwide protests; and the possibility of an eruption of unruly protests as we move towards the national events that must take place on January 6th and 7th 2021.

Within this very context, however, it is of utmost importance that the Police Service maintains a stance of impartiality in all its dealings with political actors. Singling out the NDC for the above directive has sent a signal of partisan political colouration to the Police’s action, which needs to be corrected quickly. To this end, we strongly appeal to the Police to work with both the NDC and the NPP to ensure that the democratic rights of their members to peaceful protests are protected, inasmuch as the security of the state and public safety is assured.

We urge the Police to maintain a continual dialogue with political parties and interested stakeholders in this regard, and to engage with citizens in a way that respects their democratic right to protest or celebrate.

We call on the NPP and the NDC to ensure that their members remain within the law whether in protest or celebration. We appeal to political party faithful to cooperate with the Police and work with them to ensure that the necessary conditions are met for them to carry out peaceful protests.

We note further, with regret, that the Police have not sufficiently evoked public confidence in their handling of the violent acts that occurred during the 2020 Voters’ Registration exercise and general Elections. We commend the Police for the arrest, prosecution, and jailing of the Sene West ballot box snatcher. However, we consider it unsatisfactory that in spite of the President’s stated commitment to maintaining a party-blind eye regarding election-related violence, so few arrests and prosecutions have followed the violence during both exercises, and that the losses of life have not been accounted for. It is of concern to us that the public has not been updated on progress in the Police’s investigations into these incidents.

We call on the Police to fast-track its investigations into each incident of election-related violence without fear or favour and to keep the public apprised on progress in this regard. We call further on the National Elections Security Task Force to inform the public on progress with its investigation into the matter involving excessive force by security officers during the Elections.

In view of the role of the Judiciary in securing justice as a critical foundation for law and order, we call upon the Judiciary to assure the public of how the processes laid-out to deal with election-related cases are fair, open and can be trusted to deliver justice impartially, professionally and with integrity, so as to protect the long-term stability of our democracy.

We have further noted social media allegations of a physical assault of a court bailiff by supporters of Member of Parliament-elect for the Hohoe constituency, John Peter Amewu, and the apparent refusal of the Police to arrest the perpetrators. We call on the Police Service to respond swiftly to this allegation and to take decisive steps to correct the perception this has evoked of political undertones to the Police’s inaction.

We as CSOs believe firmly in the need for impartiality and non-partisanship of the Police Service. We hold that it is imperative that this impartiality and non-partisanship be preserved at all levels of the Service if law and order are to be assured and Ghana’s democratic laurels are to be protected. We count on the IGP and the entire Police Service to rise up to the high calling of their office and address the developments mentioned above, with an even hand, and with equal measure to all political actors and stakeholders.

We proffer a hand of support to the Police Service and the Judiciary and stand ready to engage further with the leadership of both august institutions on these and other related issues.

In service to God and country.