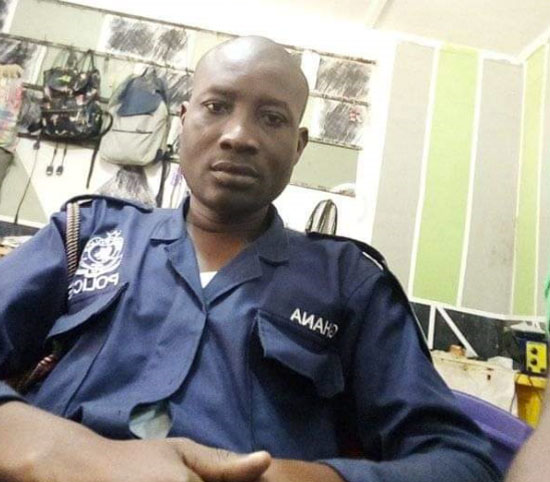 A police sergeant has been killed by suspected armed robbers at Sefwi Asempanye in the Sefwi Wiawso area of the Western North Region.

The policeman, General Sergeant Emmanuel Chikudoh was killed Tuesday morning [September 3, 2019] whilst his team which was escorting a bullion van loaded with cash to an ADB Bank branch at Sefwi Wiawso came under attack at Sefwi Asempanye.

According to a police situation report (SITREP) seen by Graphic Online, the incident happened at around 11:00 am.

The Acting Manager of ADB Bank of Sefwi Wiawso reported to police that their bullion van, a Nissan with registration number GT 9436-17, which was being escorted by a team led by Saviour Amuzu came under attack by two armed men.

The men reportedly were holding pump-action guns at the outskirt of 290 community near Sefwi AsempaneyeAccording to the police SITREP, the team including General Sergeant Emmauel Chikodoh was on its way to the Essam branch of the bank to escort cash to the Sefwi-Wiawso branch.

The police team which was dispatched to the area on arrival discovered Sergeant Chikudoh with gunshot wounds on the head.

He was rushed to the St. John of God Hospital at Sefwi Asafo but died before arrival.The body has since been deposited at the morgue of the hospital pending autopsy.

According to the police SITREP, all other occupants of the bullion van escaped unhurt.

The deceased’s service rifle has since been recovered by police and police have intensified patrols at the area and its environs to get the culprits arrested.