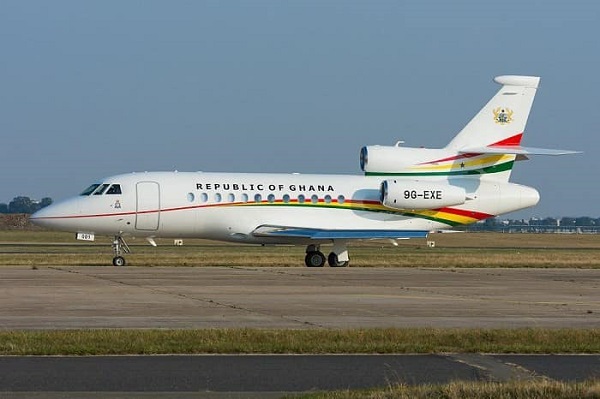 The Director of Communications at the Presidency, Eugene Arhin has responded to claims made by North Tongu MP, Samuel Okudzeto Ablakwa regarding the presidential jet.

According to Eugene Arhin, the presidential jet is in France for repairs and is expected to return to the country in December after completion.

His reaction comes after Member of Parliament for North Tongu, Samuel Okudzeto Ablakwa asked why the presidential jet flew non-stop to France for a flight time of over 6 hours when government officials have claimed the jet cannot fly long haul.

“Why did government not pursue judiciousness and frugality by harmonizing both travels to save taxpayer funds, particularly in this period of IMF bailout economic crisis, especially considering that the Presidential Jet flew to the same enclave within the same week of the President’s travel?” he asked.

However, Eugene Arhin says “the only persons who flew the jet to France are the crew made up of pilots from the Ghana Air Force.”

In view of this, Mr Arhin wondered how Hon. Ablakwa expects President Akufo-Addo to return to Ghana on Saturday, 10th September, from his current trip to the Netherlands and France on board the Presidential Jet, which is undergoing major repair works and is scheduled to return to Ghana in December.

He advised the Legislator to “minimize his penchant for engaging in propaganda regarding the Presidential Jet, to avoid further embarrassments to his person.”