'Rawlings is happy that the NDC lost the election' 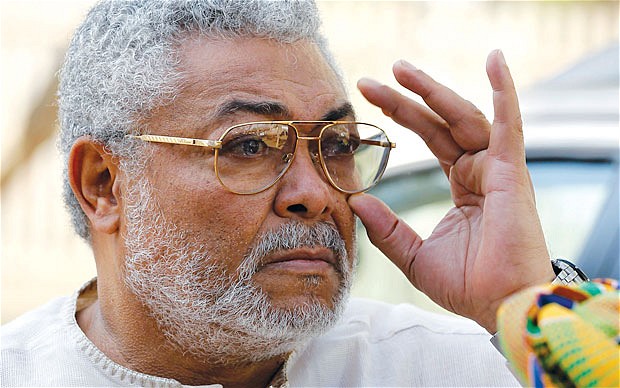 Osei Kwadwo, a political science lecturer at the Ghana Institute of Journalism, has claimed that former President Jerry John Rawlings is happy that the National Democratic Congress (NDC) lost the December 7 presidential election.

Speaking on Accra FM on Tuesday, Osei Kwadwo said Rawlings actions prior to the election showed that he wanted NDC to lose.

“He (Rawlings) is happy that the NDC lost the elections but is pretending he is sad and shocked. If he thinks he can take back his party, then he is wrong. It should be pointed out to him that the party does not belong to him and so he cannot behave anyhow with it.”

He said Rawlings’ posturing would harm the NDC in the long run, stressing that the leadership of the party must call the founder to order.

“Rawlings is NDC’s main problem. It baffles me why the NDC will continue to refer to him as the founder of the party.

The NDC doesn’t belong to him. He is just an ordinary floor member of the party and he should be treated as such, although he became president on the ticket of the NDC,” he added.

Osei Kwadwo's remarks follow the Mr Rawlings accusation that that corruption on the part of NDC government officials caused the party's defeat.