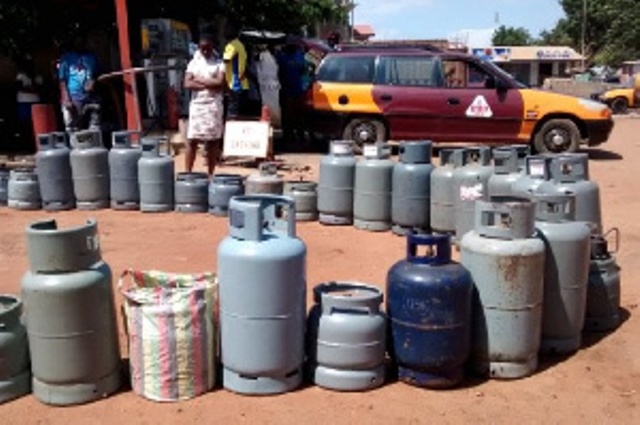 The situation has left consumers who depend on LPG for domestic, commercial and industrial purposes stranded.

Some residents said the shortage, which started on Wednesday, October 28, is taking a toll on them.

One customer said this was the first time he was experiencing a shortage of the fuel at the Awudome gas station where he always gets his cylinder filled.

“Gas is what we use for everything. This is the first time I have experienced a shortage at the Awudome gas station,” he said.

Another customer pointed out that, the situation has been like that for the past week.

The shortage has been blamed on the sit-down strike declared by the Gas Tanker Drivers last month.

Cape Coast in the Central Region and the Sekondi-Takoradi metropolis have also reported cases of shortage.

Some residents and Taxi drivers in Sekondi-Takoradi who depend on gas for their work in a Citi News interview said the shortage is hurting their businesses and that they want the issued fixed immediately.

“We have been around for some time now but I heard they have run-out of supply, so we are even going to I-Adu to check if we will get some there. It has been a bad day because we need gas urgently to do a lot of things. Actually, I’m supposed to go to work but I decided to go in the afternoon so that I can fill the gas but for now we have been exhausted. They should do something about it so that we can get gas because everybody is now using gas”, said Eric.

In Cape Coast, a visit to different LPG outlets showed that there was no gas in store. Supervisors of the stations say the shortage has persisted for a while now.

Meanwhile, there are high expectations that the situation will normalize from this week following an emergency meeting government held with Gas Tanker Drivers Union on Sunday, November 1, 2020.

After the meeting, the Employment Ministry announced that the striking gas tanker drivers had called off their strike.