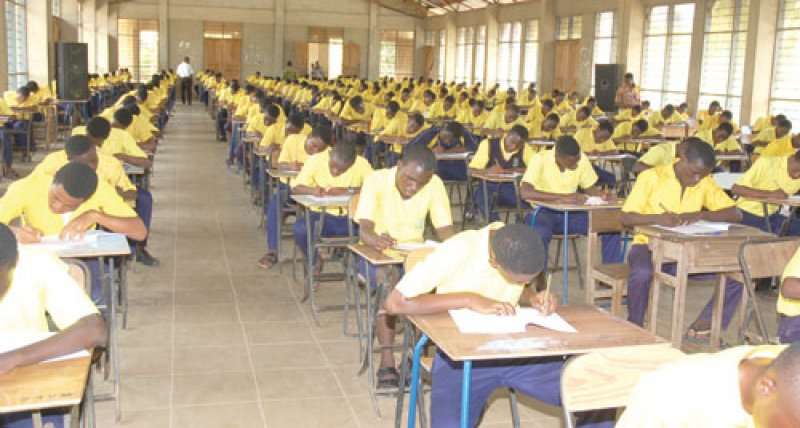 Three students of the Agona Senior High Technical School who said they could not flout their strict observance of Saturday as the Sabbath day of the Lord as members of the Seventh Day Adventists, SDA Church, last Saturday boycotted the Asante Twi paper in the ongoing WASSCE.

The students said they would rather register and write the paper in the November-December edition of the examination if it is slated for any other day apart from Saturday than flout their religious belief.

In a radio interview with Accra based Asempa FM on its Eko Sii Sen talk programme on Monday, August 10, 2020, one of the three students who boycotted the exam, [name withheld], who said he would be 17 years in November 2020 said he was standing by his faith.

He insisted he will never flout his belief in keeping the Sabbath day "holy" and will not kowtow to any other thing apart from keeping Saturday as a holy day.

He said apart from the three of them who boycotted the paper in his school at Agona in the Ashanti Region, there were other Adventist students in the same school who took part in the exam. [Listen to audio attached below].

The timetable, first released by the West African Examination Council (WAEC) in January 2020 for this year's exam did not have any paper slated for Saturday.

However, due to the Coronavirus pandemic, the exam was postponed.

When a revised timetable was released on July 6, 2020 it had some papers slated for Saturday and some members of the SDA Church expressed concern about the development and argued that compelling Adventist students to write some papers on Saturday was wrong.

They argued that, no WASSCE paper had ever been written on a Saturday and subsequently petitioned President Nana Addo Dankwa Akufo-Addo, the Ministry of Education, Ghana Education Service (GES) and WAEC.

The church submitted two proposals asking for the Saturday papers to be rescheduled or either Adventist students who were to write papers on Saturday, should be quarantined and made to write the paper after sundown.

After an extensive discussion, on how even opening up SDA schools which were centres for the exam on Saturday and getting teachers who were Adventists to supervise the exam was going to be problematic, the two proposals were rejected with the excuse that the WAEC exam was taking place in many countries and rescheduling it was going to come with a number of consequences.

The quarantine proposal was also rejected on the grounds of not wanting to compromise the security of the exam.

Subsequently, WAEC opted to use alternative centres apart from Adventist schools on Saturday.