Shaanxi Mines : We will standardize operations to ensure safety of workers - PRO 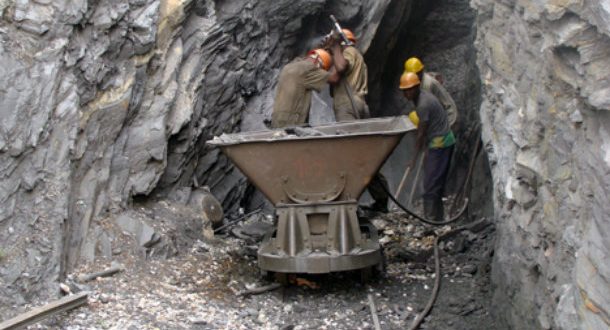 Shaanxi Mines : We will standardize operations to ensure safety of workers - PRO
Shares

Chinese-owned Company, Shaanxi Mining in the Upper West Region says it will embark on a vigorous effort to standardize its operations in a manner that will ensure the safety of its workers.

It comes after calls for the firm to be stopped from operating in the Talensi district after an accident of the facility resulted in the death of two employees of the company.

On Monday night, November 18, 2019, a volcanic outpouring claimed the lives of two Ghanaian employees of the mining company.

Monday’s incident strikes months after a toxic gas from a mining explosive blasted by the mining firm had killed 17 mineworkers in the district, also saw one person critically injured.

Speaking on Starr FM, the PRO for Shaanxi Maxwell Wooma, said the firm is focused on repairing the reputation done to the name of the company by virtue of these incidents

''In January this year after the unfortunate incident, we were suspended. Government gave us a letter to resume work but the company refused to reopen the firm even though government has given us the letter because we realized that if we are going to resume work similar incursions were going to continue so these are some of the safety things we want to ensure. We aim at standardizing our operations to ensure safety of workers and also looking forward to repair the reputation damages of Shaanxi ''.

The company also refuted claims that over 60 people have died as a result of its operations in the region.

''Safety is key when it comes to our mines. We expect that workers do not even lose their fingernails when they come to work. We are creating jobs and not setting a death trap for people. We do not plan accidents for our staff.We have a workforce we account for. Within the mines, we have about 8 workers who have lost their lives not 60”.

“We need to be careful in determining which death is ours and which aren’t ours because some people who have lost their lives around our mines are illegal miners and we do not account for them,” he entreated.

He however assured that whatever recommendations will be brought up to ensure the safety of its workers will be taken very seriously.