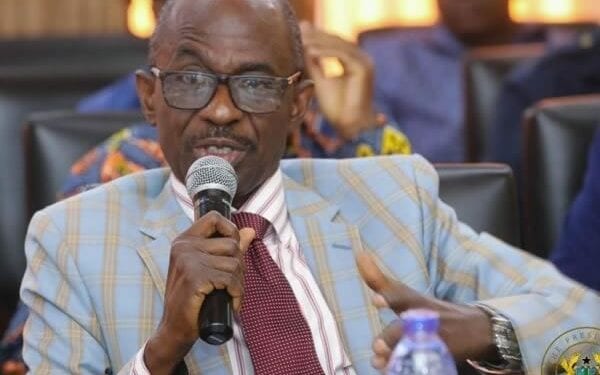 The NDC and its flagbearer John Mahama were unsuccessful in their attempts to contest the results of the 2020 presidential elections which saw the re-election of President Akufo-Addo.

Mr Aseidu Nketia speaking to Citi TV on March 30, 2021, says the verdict given by the court will have a negative effect on Ghana's democracy.

â€œIt was a missed opportunity to get duty bearers to account for their leadership, and it was something that has drawn our democracy backwards and I guess that if we are not careful, the next election will be worseâ€, he said.

Mr Nketia also revealed he never had confidence in the seven-member panel handling the petition.

â€œI didnâ€™t have confidence that the court will deliver anything better than what it did. Personally, I didnâ€™t have that confidence and I have been proven right. The way the court went about this case; everybody knew that it was a mistrial. There was no trial in there.â€

â€œThe trial was not fair. What happened at the Supreme Court was a mistrial. Everything that happened there was a mistrial. One of the civil right leaders said that when two people always agree, then one is a liar. Seven people agreed all the time, so what is the meaning? I believe the majority of Ghanaians agree with me on this one that it was a complete mistrialâ€, he added.

The NDC led by John Mahama was in Court to among other things have the Electoral Commissionâ€™s announcement of President Nana Akufo-Addo as winner of the polls declared unconstitutional, null and void.

But three months after the trial commenced, the Supreme Court, on Thursday, March 4, 2021, ruled that the petition as filed by John Mahama was without merit.

The New Patriotic Party (NPP) and President Akufo-Addo have both expressed satisfaction about the ruling.

However, Mr. Mahama has said although the courtâ€™s decision is binding on him, he disagrees with the judgement.