Suspension of Agyapa Royalties deal will not happen - Kweku Baako 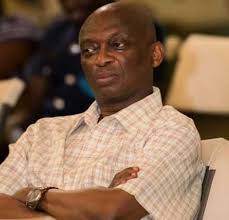 Managing Editor of the New Crusading Guide, Kweku Baako says the call for the reversal of the Agyapa Royalties deal by the CSOs is unrealistic.

Kweku Baako said he is not against their call for consultations and constructive engagement but the time for such a call is unsustainable.

He explained that the agreement has reached a stage which cannot be suspended.

Kweku Baako added that there will be a lot of integrity challenges should the deal be suspended because the state is working with organisations both in Ghana and outside.

With parliament already approving the deal, he noted that they CSOs should have followed keenly the processes to have called for the suspension earlier.

Civil Society Organisations are very important and so I have no problem with CSOs calling for consultations and constructive engagement. The problem is when that call was made to be honest with you where we have reached parliament has approved the agreement, I'm not too sure the call for a suspension of this deal is realistic or sustainable. It is not going to happen it comes with a lot of integrity challenges. The state is dealing with so many organisations both in Ghana and outside, they have proceeded to a point where agreements have been approved by parliament, the call for the reversal in my candid opinion is unsustainable."

"It would have been ideal if the government had engaged CSOs because that is my principle but I'm saying that CSOs must always be on the alert, the activism requires that they are clearly monitoring what is happening in parliament."

He also stated that after reviewing all documents related to the deal he has come to the conclusion that there is no conspiracy to sell the country's mineral resources to anyone.

Honorary Executive for Imani Africa, Bright Simons has tagged the current NPP government as the least concerned about Civil Society Organisations, CSOs engagement in the country.

According to him, since interactions between government and CSOs have reached its zenith the NPP government has shown little engagement in this regard.

“In order to have an effective discussion to have a platform like the CSOs…we felt that is was quite unfair for the government to suggest that not engaging the CSOs was the right course to pursue, I must also emphasise that since we’ve reached the Zenith of government and CSOs interaction management in this country, I will say this government is the one that has seen the least need to engage with CSOs comprehensively and holistically when it comes to policymaking.”

“You never seen CSOs consistently come together to oppose government policy as we have seen in this administration and the reason is simply the government does not think it needs the input of CSOs at all..”