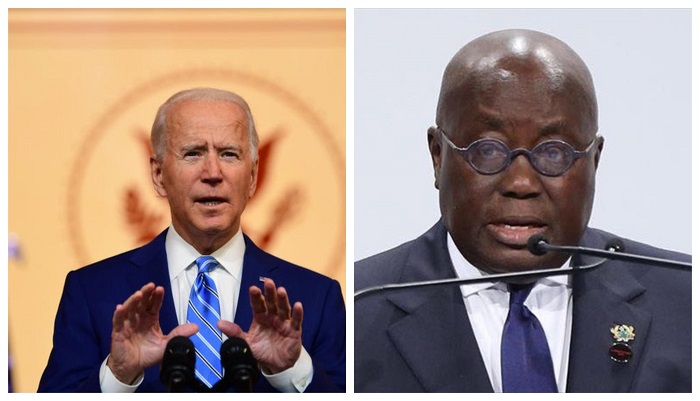 Mr Biden in a letter to President Akufo-Addo said he looks forward to working Mr Akufo-Addo as they both take office at a time the world is grappling with several challenges.

“It is my great honour to have been elected the next president of the United States, and I understand just how much work lies ahead of us,” Mr Biden said in a brief letter.

He added: “Vice President-elect Harris and I will take office at a time of great global challenges – from the coronavirus to climate change – that transcend borders and require international cooperation. We look forward to working with you and your government on addressing the common problems facing our countries and our peoples.

Below is the letter 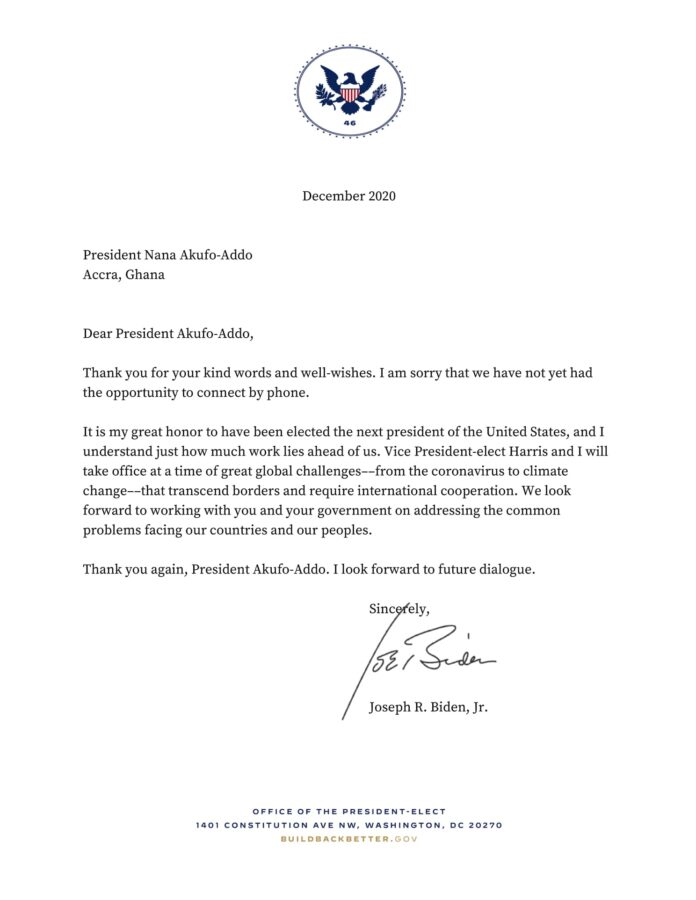