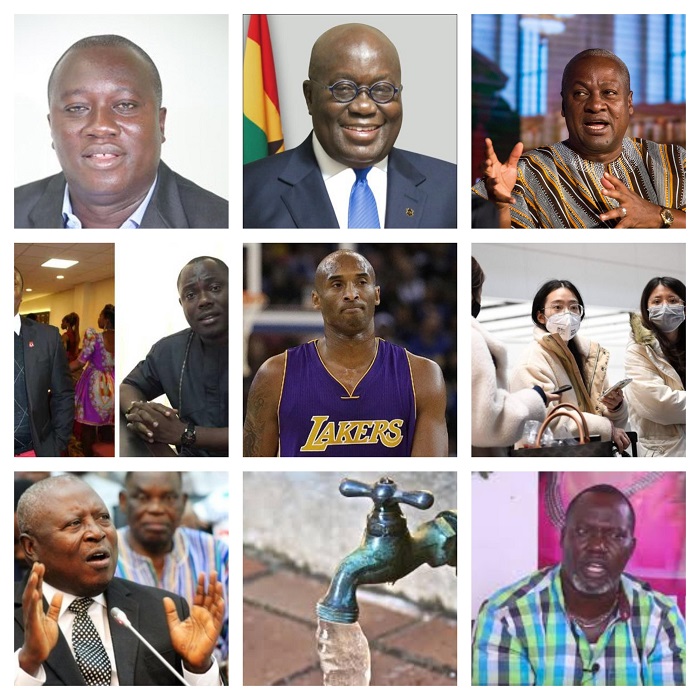 The year 2020 recorded a mixed bag of major issues making the headlines that kept Ghanaians talking and voicing out their opinions from all angles.

From COVID-19 to passing of prominent people. Prime News has sampled some stories that made major headlines in 2020.

Coach Kwesi Appiah was sacked as Black Stars coach as the Ghana Football Association (GFA) dissolved the technical teams of all national teams.

The GFA did not give reasons for their actions but wished all the technical teams well in their future endeavours.

Two lecturers of the University of Ghana cited in the BBC Africa Eye ‘Sex for grades’ documentary Prof. Ransford Gyampoh and Dr Paul Kwame Butakor were exonerated by the university’s fact-finding committee.

According to the university, Prof. Ransford Gyampoh and Dr Paul Kwame Butakor were not culpable of engaging in any act of exchanging sex for grades as claimed by the documentary released last year.

However, the committee found them guilty for misconducting themselves thereby bringing the name of the institution into disrepute and embarrassment.

Asante Kotoko were handed a temporary ban from using the Baba Yara Sports stadium in Kumasi.

The Ghana FA arrived at the decision following the incidents that occurred at the stadium in Kotoko game with Berekum Chelsea which led to one supporter being shot by a policeman.

4. Accident: 34 dead, others injured at Dompoase

An accident at Dompoase near Elmina in the Central Region left 34 people dead while several others are in critical condition.

US basketball legend Kobe Bryant and his daughter Gianna were among nine people killed in a helicopter crash in the city of Calabasas, California.

Bryant, 41, and Gianna, 13, were travelling in a private helicopter when it came down and burst into flames.

The National Communications Officer for the NDC, Sammy Gyamfi, was picked up by officials of the Police Criminal Investigations Department, CID.

According to reports, the "arrest" occurred minutes after he participated in a live studio discussion on UTV's "Adekye Nsroma" morning show.

The new coronavirus declared a global emergency by the World Health Organization, as the outbreak continued to spread outside China.

Aircraft manufacturer, Airbus, confessed to paying bribes in Ghana and other countries between 2011 and 2015 in a corruption investigation of its business deals dating back more than a decade.

Parliament of Ghana passed the Customs Amendment Bill banning the importation of used vehicles older than 10 years and accident vehicles.

The Bill was opposed by the Minority and vehicle dealers across the country, but the House after scrutinising the bill passed it on February 12, 2020.

11. EC sued by NDC over compilation of new voters' register

The Electoral Commission was sued by the National Democratic Congress (NDC) over their plans to compile a new voters’ register ahead of the 2020 general elections.

According to the NDC, the EC lacked the power to go ahead with its plans because it can only “compile a register of voters only once, and thereafter revise it periodically, as may be determined by law.”

President Akufo-Addo directed for the closure of all borders of the country.

The President in an address to the nation announced the closure which will take effect from March 22, 2020.

The partial lockdown announced by President Akufo-Addo in Accra, Kasoa, Tema and Kumasi begun on March 30.

Residents in these affected areas had to stay at home but can come out for some essential services.

14. Gov't to absorb water bills of Ghanaians for the next 3 months

President Akufo-Addo announced that the government will absorb the water bills of all Ghanaians for the next 3 months.

That meant that citizens did not pay water bills for April, May and June.

The President made this announcement during an address to the nation on April 5, 2020.

President Akufo-Addo announced that government will absorb 50% of the electricity bill for residential and commercial users in the country.

The President in his 6th Covid-19 address said March 2020 bill will be used as a benchmark for the directive.

16. Prez. Akufo-Addo lifts restriction of movement in Accra and Kumasi

This meant that the EC can go ahead with the compilation of the register without any interference.

He is reported to have died in Accra after a short illness.

22. Carlos Ahenkorah resigns as Deputy Minister for Trade and Industry

Carlos Kingsley Ahenkorah resigned from his position as Deputy Minister for Trade and Industry.

The Office of the President in a letter extended the annual leave of the Auditor General Daniel Domelevo to 167 working days.

The Presidency reiterated its directive for the Auditor-General (A-G) to proceed on his annual leave of 123 working days or risk being subjected to what it described as ‘disciplinary control’ to ensure adherence.

There was no Ballon d’Or winner in 2020, with France Football announcing that due to the “lack of sufficient fair conditions” a prize that has been dominated by Lionel Messi and Cristiano Ronaldo in recent times will not be awarded for this calendar year.

The Police in the East Gonja Municipality detailed how a 90-year-old woman was lynched to death at Kafaba near Salaga in the Savannah Region for allegedly being a witch.

The Ghana Education Service, GES has postponed the remainder of the 2019-2020 academic year to January 2021.

This was made known by President Akufo-Addo during his 16th Covid-19 address.

He died at home in Los Angeles with his wife and family by his side, a statement posted on social media said.

Police begun investigations into the murder of a senior lecturer of Law at the University of Ghana Prof Emmanuel Yaw Benneh.

Prof Emmanuel Yaw Benneh was murdered at his residence in Accra.

Member of Parliament for Mfantseman Constituency in the Central Region Ekow Quansah Hayford has was shot dead by unknown assailants.

It was a charged auditorium at the University of Ghana Business School as Presbyterian Boys' School, Presec emerged winners of the 2020 National Science and Maths Quiz.

Their campaign this year was dubbed 'Let's Celebrate 6'.

35. Agyapa deal: Send transaction back to Parliament for scrutiny – Akufo-Addo to Ofori-Atta after Amidu’s assessment

President Akufo-Addo instructed the Finance Minister returns to Parliament to reconsider the arrangement in the transaction with the Agyapa Mineral Royalties Limited.

It came after Office of the Special Prosecutor communicated its disclosure of findings of a corruption risk assessment conducted into the transaction.

Joe Biden won the race to become the next US president, defeating Donald Trump following a cliff-hanger vote count after election.

He is said to have died at the Korle Bu Teaching Hospital in Accra.

The Special Prosecutor, Martin Amidu resigned from his position.

In a letter addressed to President Nana Akufo-Addo, Martin Amidu said his decision is to “enable Your Excellency to take steps to appoint a replacement to that position as required by law.”

He suggested that President Akufo-Addo has not been able to ensure his independence and freedom of action.

Gyan, 34, joins the Royals on a loan deal worth in excess of $1 million.

Ghanaians on December 7, 2020, went to the polls to elect a President and 275 Members of Parliament to steer the affairs of the country for the next four years.

The Electoral Commission, EC declared the Presidential candidate of the NPP, Nana Addo Dankwa Akufo-Addo as the winner of the December 7 polls.

Parliament suspended the Public University Bill at the consideration stage to allow for further stakeholder engagements.

44. I will join the NPP in Parliament - Fomena MP

The Member of Parliament for Fomena, Andrew Amoako Asiamah, says he will side with the New Patriotic Party (NPP) in the 8th Parliament after winning his seat as an independent candidate.

The National Democratic Congress (NDC ) won the contentious Sene West Parliamentary seat in the Bono East Region with a difference of 16 votes.

READ ALSO: I want a Ghana where institutions can be held accountable - Mahama

The National Democratic Congress, NDC filed a petition at the Supreme Court to challenge the results of the 2020 polls.