Voter registration : There is no basis for NDC's call for independent audit - Kweku Baako 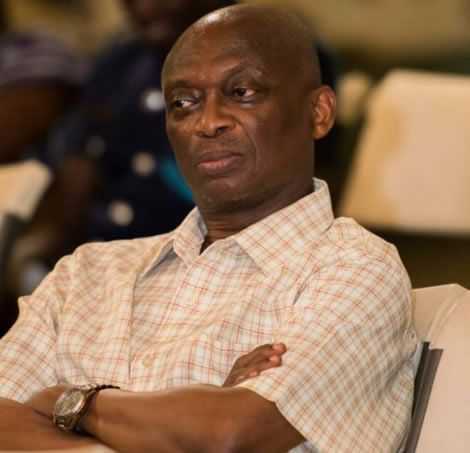 Managing Editor of the New Crusading Guide, Kweku Baako said the call by the NDC for an independent audit of the new voters' register has no basis.

He said there are already legal regimes to deal with issues of the register and not an independent audit.

“As we speak, do we have a legal regime relative to scrutinise the register? If they are so concerned and they know what they are doing, they know where to go.

“Otherwise, we have processes that when they are combined and properly managed and activated can address their concerns but to ask for an independent audit by the audit body is just recycling this element of suspicion,” he said

However, Dr Emmanuel Owusu-Ansah a lecturer at the Department of Statistics and Actuarial Science at KNUST believes the call is in the right direction.

READ ALSO : Minors and foreigners in voters register will be removed before elections - Jean Mensa

He noted that the audit will bring about transparency especially in this election year.

The National Democratic Congress has called for an independent audit into the newly compiled voters’ register.

The claims by the opposition party come after the chairperson of the Electoral Commission Jean Mensa revealed that there are still foreigners and minors on the newly created voters’ register.

She, however, said mechanisms put in place by the commission will clean the voter’s roll of the illegal persons on it.

“The Commission is mindful of the infiltration of foreigners at a number of our registration centres. Additionally, we are aware that a number of minors have found their way into the register.

“We are confident that the challenge processes initiated at all districts throughout the country will unearth these illegal persons and rid the register of those who do not qualify to be thereon.”

But speaking at a Press Conference on Thursday, the NDC rejected the claims of the EC. According to the party, it’s impossible for a biometric system to record multiple registrations.

Director of Elections for the NDC Elvis Afriyie Ankrah said that the move by the EC to delete such names are politically motivated.

“The only thing the compilation of the new register has achieved for the NPP is that it has brought untold shame to the party and demolished the propaganda of Akufo-Addo and Bawumia which was echoed by the EC that our voters’ register was bloated.