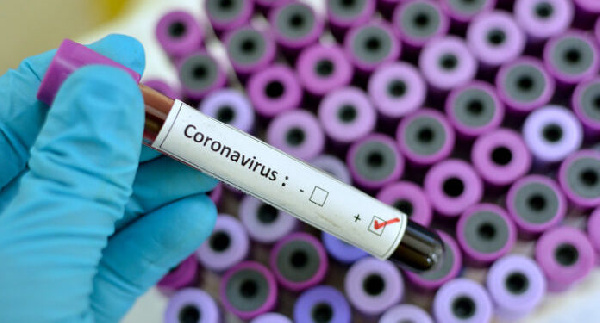 The 3 were confirmed positive in the police custody in Walewale. According to the Police, the affected inmates are receiving treatment in an isolated facility.

"Our new way of dealing with prisons is that, if you want to take prisons from police custody to prison custody, you must necessarily take them through a mandatory Covid-19 test,'' he told Citi FM.

So based on this the Walewale district command to the municipal health directorate to conduct a Covid test on some inmates that are due to be taken to Tamale prison.

Samples were taken from about ten prisons who are in police custody and submitted to the laboratory or test. The results came out indicating 3 of them have tested positive.

Immediately they have been isolated to a station where we have a free cell.''

Meanwhile, the health directorate have started contact tracing of persons that the inmates may have interacted with including the police officers who were handling them.

Ghana's COVID-19 infection rates are skyrocketing and include new strains of the virus not before seen in the country, filling treatment centres and threatening to overwhelm the health system, President Akufo-Addo said last Sunday.

Ghana is not yet close to a peak seen during the first wave of infections in the middle of last year, but could quickly reach that level if cases keep rising at the current rate.

If they do, the president said he would impose another partial lockdown, despite worries about what that would do to one of West Africa's largest economies.