Warning shots at Kasoa : There shouldn't be any form of selective justice - Nyaho-Tamakloe cautions police 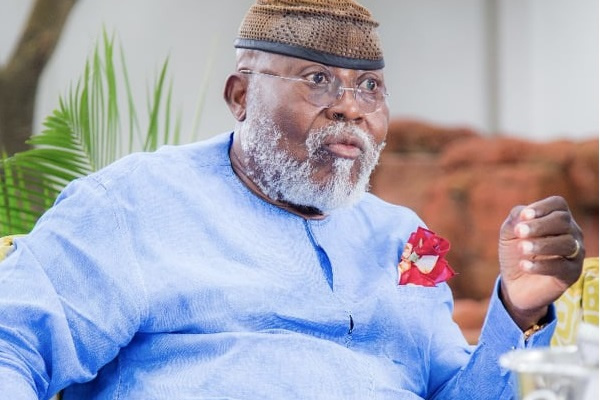 A founding member of the governing New Patriotic Party (NPP), Dr Nyaho Nyaho-Tamakloe has cautioned the police against selective justice in the discharge of their duties.

According to him, we will be in a very big trouble as a country if that happens.

Reacting to Hawa Koomson's admission of firing warning shots at a registration centre in Kasoa, Dr Nyaho Nyaho-Tamakloe said the law must deal with everybody equally.

"If the police are unable to investigate or do what they are supposed to do then we are in big trouble in this country. There shouldn't be selective justice in this country no matter who is involved being it a Minister or even the President if the person goes wrong the law should definitely take charge. The law appears not to be doing that now and the police appear to be... and it very unfortunate. The police is supposed to be independent of any institution."

The National Peace Council is also calling on President Akufo-Addo must terminate the Awutu Senya East MP, Mavis Hawa Koomson’s appointment if she fails to resign.

The Peace Council’s call comes after Hawa Koomson admitted she fired gunshots at voter registration centre in her constituency.

Chairman, Rev. Emmanuel Asante in reaction on Accra based Citi FM said “If she doesn’t do that, the President must terminate her appointment.”

“The privileges committee must take this seriously because she had brought the name of Parliament into disrepute,” he remarked.

Rev. Asante stressed that the MP’s conduct was unconscionable.

“As far as I am concerned, there is no justification for what she did, especially as a lawmaker breaking the law,” he said.

President of Imani Africa Franklin Cudjoe has also called for the head of the MP for Awutu Senya East Hawa Koomson.