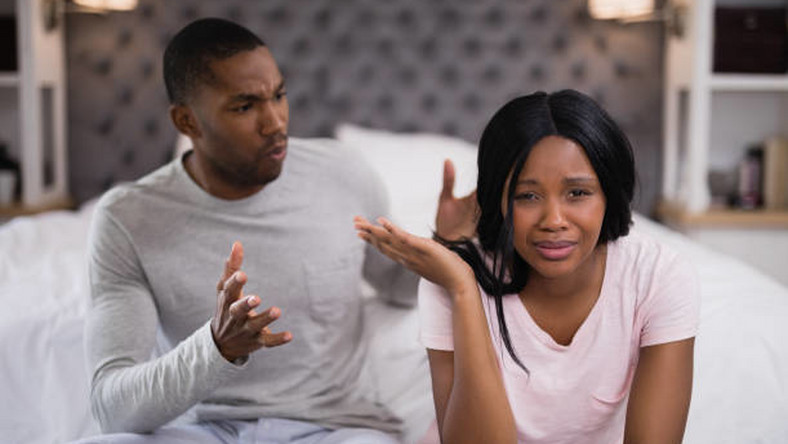 Toxic relationships are just awful. They ruin your happiness, and they can make you wish that you never have a relationship ever again.

Plus, they can make you feel as though all people are bad.

Toxic people might appear to be really great at first (or, at least, really interesting), but it isn’t long before they show their true colours. At that point, however, it can be really hard to get out of the relationship, especially if they start to exert control over you.

To make sure you spot toxic people as soon as possible, join us as we take a look at the 10 types of people to avoid getting into a relationship with.

Be careful, though, because this can be dangerous. Especially if he or she tries to convince you that they’re not really arrogant – they’re just confident.

Arrogance is when a person always thinks they know best. Worse still, they never concede to others, and they never celebrate your wins.

Instead, it’s all about them.

While it’s nice to have a confident man in your life, the last thing you want is a conceited, arrogant soul who’s obsessed with being right all the time. Avoid.

Instead, they blame everything else for their bad luck and sorry position in life. They blame the economy, the government, the universe, their family, their last relationship … everything is to blame but them.

Moreover, whenever anything bad at all happens to them, they sulk. The don’t do anything positive to change things.

What you want is a man that takes ownership of his life. When he fails, he gets back up. And when something is his fault, he owns up to it and makes sure it doesn’t happen again. WINNER.

Control freaks are scary because, unlike an arrogant person or a victim, it’s really hard to leave them.

Why? Because they learn how to manipulate and control you and this relationship. You might want to leave but they convince you otherwise.

A control freak appears to be amazing at first. But it isn’t long before they use their manipulative powers to possess you and make you feel as though life would be just terrible without them. You need them.

Control freaks need to be in control at all times. They need to know where you are, what you’re up to and what your plans are at all times. As you can imagine, this sort of thing can be incredibly suffocating.

If you think you’ve got a control freak on your hands, exit the relationship as soon as possible.

Here is how to get over a 'broken heart', according to psychology

Couples who sleep in separate beds ‘have better sex’

Admit it – you’ve told a lie before. We all have.

Most of us have told little white lies to get us out of something, while plenty of us told lies as kids to shift responsibility and/or blame.

However, if you’ve met a man who’s a compulsive liar who has already lied to you about pretty important things, such as his whereabouts, you need to avoid him with all you can. Liars will only cause you great harm.

Who seriously wants to be around a negative person all the time? Not only do negative people bring us down, they can also shatter our own positivity.

Negative energy is toxic, and it’s also infectious. It can kill your spirit.

Before he sucks the life out of you, avoid Mr Negative immediately.

The reality? Greed is not good.

If you’ve met a man who’s greedy, you need to be careful. While there’s nothing wrong at all with desire and ambition, greed is another level altogether. It becomes the sole focus of a persons life, and it often comes at the detriment of real relationships. Greedy people just want more and more and more. For them, nothing is ever enough. And that kind of person is difficult to be around.

Don’t you hate it when people just fly off the handle for no reason at all?

If a man can’t control his emotions, he’s well worth avoiding.

Temperamental people cause great harm. They lash out, project and dump their emotional baggage on you. And that isn’t fair.

Worse still, temperamental people can be infectious and they can make us turn into them! Avoid at all costs.

You: “I got a promotion at work!

Him: “Yeah great – honey, could you take a look at my back? I think I might have a rash.”

This is the problem with self-absorbed people: They don’t listen to you or take an interest in you.

And the reason they don’t is that they only care about themselves.

Self-absorbed people make us feel really lonely. They’re distant, egotistical, and it’s impossible to make a connection with them.

Okay, so you got that promotion at work. This time, your man hasn’t ignored you. He’s taken an interest – and he’s not happy.

In fact, he’s jealous because you’re now earning more money than him!

Jealousy is a killer. It’s even worse when a man becomes jealous of your relationships with other people, especially other men.

If a man starts to show signs of jealousy, it’s time to avoid him.

The last kind of man you want to avoid is he who judges you.

He judges the dresses you were, your performances in exams, the way you drive … he judges everything to the point where you feel suppressed and scared to express yourself.

So that you never feel as though your star is being shot down, always avoid judgemental men.