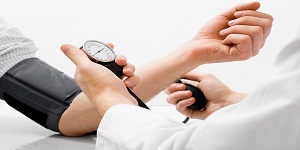 "The volume of air traffic has skyrocketed since jet-powered planes were introduced in the 1960s," said study author Marta Rojek, a researcher at Jagiellonian University Medical College in Krakow, Poland. "According to the International Civil Aviation Organization, there were 64 million take-offs and landings in 2013 and this figure is set to double in the next 20 years."

"The steady growth in air traffic and expansion of airports, along with the development of residential areas near airports, has led to more people being exposed to aircraft noise," Rojek said in a European Society of Cardiology news release.

She added there is emerging evidence that exposure to aircraft noise may increase the risk of high blood pressure, especially at night. There's also some data that suggest hospitalization for heart disease and stroke may increase with exposure to airplane noise, she said.

Although the study wasn't designed to prove cause-and-effect, the "results suggest that living near an airport for three years or more is associated with an increased risk of high blood pressure and hypertension. These changes may then lead to damage of the aorta and heart which could increase the risk of having a heart attack," Rojek said.

"More work is needed to enforce laws on exposure to aircraft noise as it is detrimental to our health. We also need further research to understand how the damage occurs and whether it can be reversed," she concluded.

The findings were presented recently at the European Society of Cardiology meeting in Sophia Antipolis, France. Studies presented at meetings are typically considered preliminary until they've been published in a peer-reviewed journal.