Political rallies provide a fine opportunity for curious people to expose their stuff and at the Sunyani Coronation Park, venue for the manifesto launch of the National Democratic Congress (NDC), today, some zealous party supporters from Bole have been sighted carrying a coffin draped with rival, Nana Addo’s pictures signifying death to his political career perhaps aware that should he lose his presidential bid for the third time, he might give up on the idea.

Organisers and engineers erecting platforms and putting in logistics to make the 2016 NDC Manifesto launch a success can only hope that the Sunyani Coronation Park won’t become too soggy to warrant a shift in venue which could disrupt the flow and beauty of the launch.

Before NDC tries to rig Kumasi election results, NPP would have done it - Chairman Wuntumi

Even showing that the stakes are much higher in this years’ election, the New Patriotic Party’s Ashanti Regional Chairman, Bernard Antwi Bosiako alias Chairman Wuntumi has made a startling disclosure on live radio which can derail our peaceful election campaign efforts. 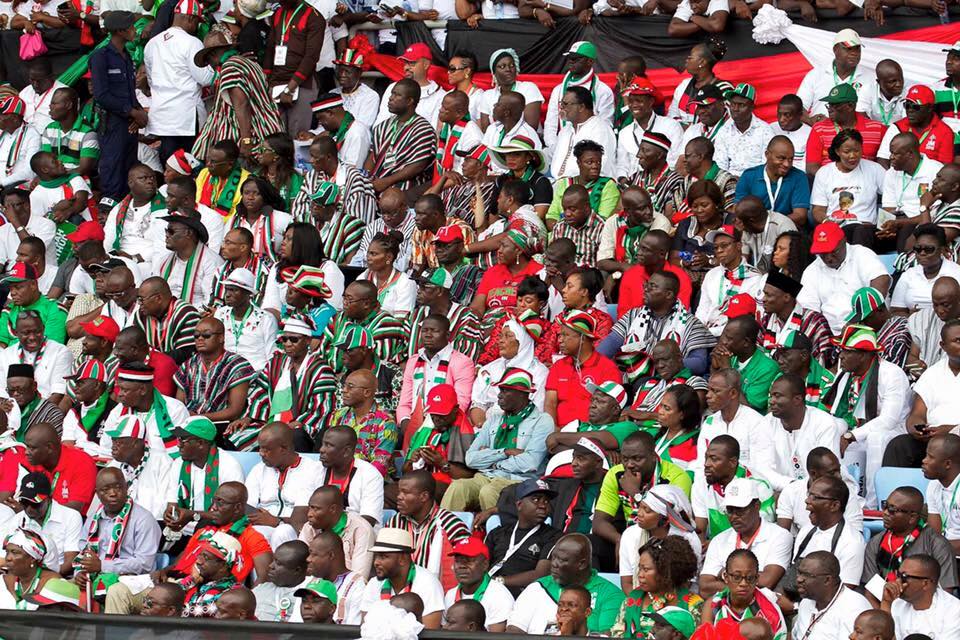 Sunyani, the Brong Ahafo regional capital is the host city for the governing National Democratic Congress’ (NDC) 2016 manifesto launch event today ahead of the December 7 polls.

Kennedy Agyapong to NPP: Stop this nonsense of NDC stole our Manifesto ideas

It’s not every day that the NDC’s Kofi Adams and the NPP’s Kennedy Agyapong share a common view point but curiously the two are singing from the same hymn sheet.

A gift offered to a friend, relation or an associate can be to show high esteem, affection or goodwill but the situation takes on a different colour when the beneficiary of such a gift is a political chairman, as the People’s National Convention Chairman, Bernard Mornah is. 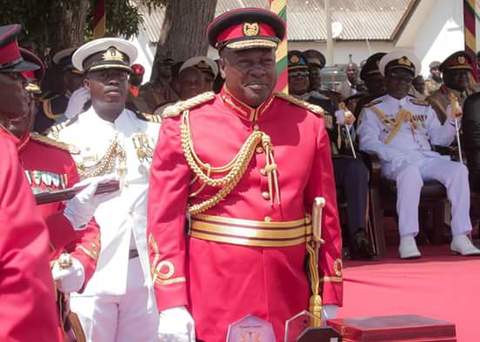 Photos of President John Mahama in the ceremonial wear of the Ghana Armed Forces have taken the internet by storm again.

Be guided in your utterances as elections approach - Mahama urges Ghanaians

President John Mahama has urged Ghanaians to be guided in their utterances as the 2016 general elections approach.

Primary school pupils in the Asokwa Constituency in Kumasi, in the Ashanti Region, have been presented with Nana Akufo-Addo branded exercise books and other items to boost academic work.

Why vote for ‘Promisers’ Nana & Mahama, I have business in all districts - Ndoum

Presidential candidate for the Progressive People’s Party, Paa Kwesi Ndoum says since it is clear to everyone that the unemployment levels in the country could threaten the very peace we enjoy, it was time Ghanaians gave him the mandate to become the country’s next leader when incumbent, Mahama is dislodged at the December polls.

Spending oil revenues on NHIS will be a "wrong investment" - PPP

The Peoples progressive Party (PPP) has criticised President John Mahama's decision to use Ghana's oil revenue as the backbone of the National Health Insurance Scheme (NHIS) should he win a second term as president.

God stayed with me when ‘dumsor’ & strikes came, he is still with me – Mahama

President Mahama contends the Supreme Divine who ordained him as president in 2012 has been generous to him explaining despite the many strikes embarked on by various worker groups against his government which could have ended the careers of other leaders, he’s braved them all.

My gov’t shall fulfill pledges made to Ghanaians – Akufo-Addo

The New Patriotic Party’s presidential candidate, Nana Addo Dankwa Akufo-Addo maintains his party will offer a better alternative to the NDC’s poor handling of the state adding upon victory at the polls, his government shall fulfill all the pledges made to Ghanaians.

Candidate Mahama still on his Greater Accra regional campaign tour has informed teeming party supporters and observers that his government has ordered for 20 more foot bridges to be installed on various accident prone roads in the country.

Vote the PNC to power, we are most tolerant & can unite country - Monarh

The People’s National Convention Chairman, Bernard Monarh has entreated small scale business operators in the Northern Region to vote for his party’s presidential candidate, Dr. Edward Mahama in December’s election as well as the parliament candidates representing the party.

The ruling National Democratic Congress (NDC) has stated that they have fulfilled over 80 percent of the 540 promises contained in their 2012 manifesto.

A pro-New Patriotic Party (NPP) group, Let My Vote Count Alliance (LMVCA) will on Friday organise a rally in Accra to commemorate the one year anniversary of the demonstration to demand a credible voter’s register for the general elections.

The Peoples National Convention (PNC) has declared its intent to use every means at their disposal to get the Electoral Commission (EC) to reduce filing fees for presidential and parliamentary candidates in the upcoming elections which had been pegged at GH¢50,000 and GH¢10,000 respectively.

We're not bothered by EC's huge fees, we'll get money back after winning - Kofi Adams

Campaign Coordinator of the National Democratic Congress (NDC), Kofi Adams has stated that the party is not bothered by the GHC 50,000 being charged by the Electoral Commission (EC) as filing fees for presidential candidates in the upcoming general elections. 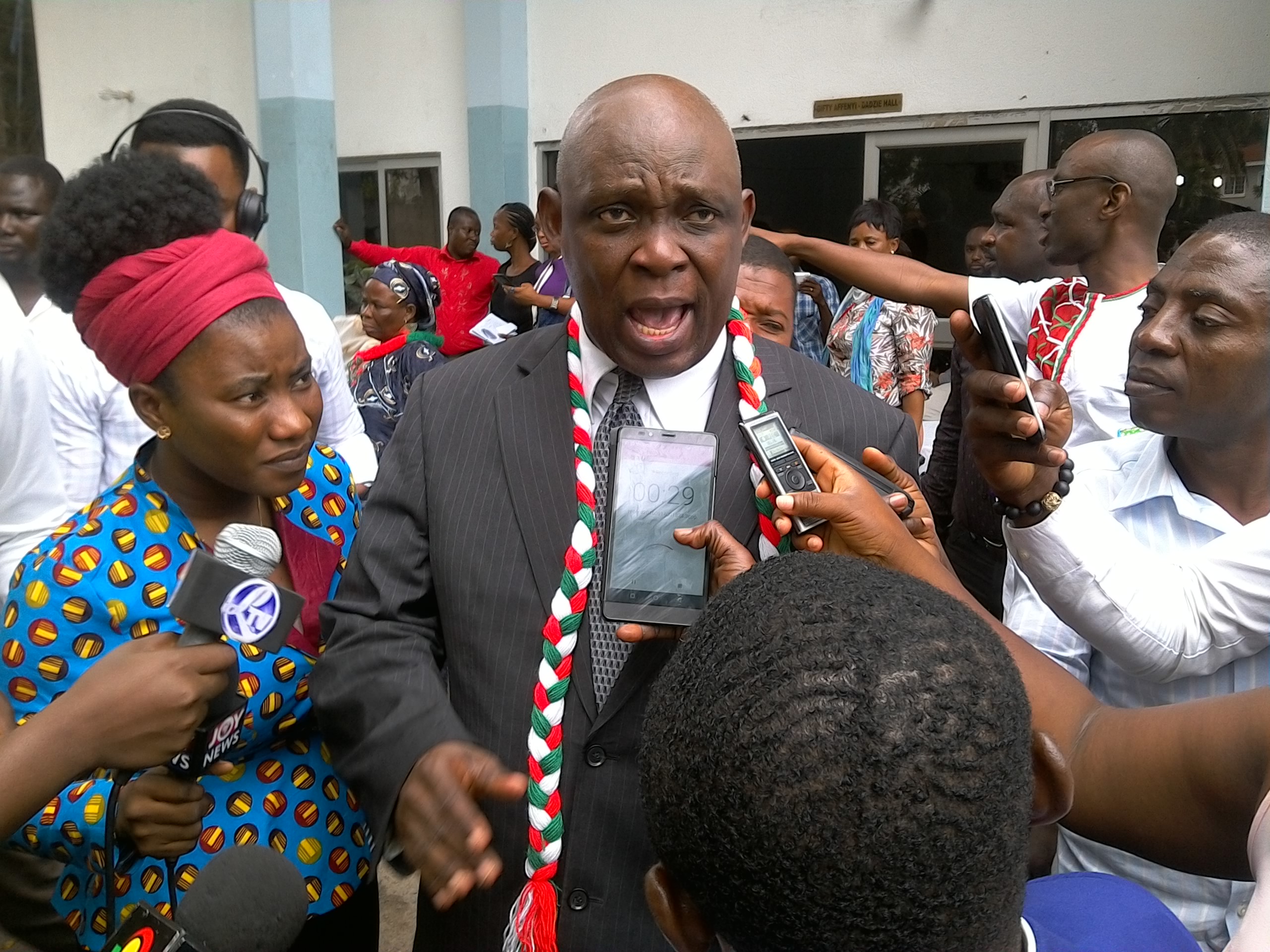 The People’s National Convention (PNC) has outdoored their running mate for the upcoming general election, Emmanuel Anyidoho at a ceremony in Accra on Wednesday.

Primenewsghana brings you five items mentioned in the manifesto that seem like direct responses to promises of the opposition New Patriotic Party (NPP).

NPP flagbearer Nana Akufo-Addo, on his campaign tour of the Western Region promised to carve a new region out the existing one to be called North Western Region.

Speaking at Juaboso as part of his five-day visit of the region, Nana Addo explained that government will follow all the “constitutional provisions to get this new region"

Some members of the incumbent government criticised Nana Addo describing his promise as unnecessary, with others saying it is  unrealistic.

But barely a month after, The NDC, in its yet to be launched manifesto, says it would look into the feasibility of creating five new regions if Mahama retains power.

According to President Mahama said “We will set up a commission of enquiry to look into the creation of new regions. We currently have ten regions, but we believe that it is possible to increase the number of regions to 15. And so we will set up a commission of enquiry that will look at the viability of increasing the number of administrative regions in Ghana from ten to fifteen. And so this commission will receive petitions and based on that, they will look at whether creation of those regions are viable options or not; and based on that recommendation, we will trigger the constitutional processes.”

This looks like an obvious counter to Nana Addo's promise to the people of Western Region.

NPP flagbearer, Nana Akufo-Addo is on record to have stated his resolve to see MMDCEs elected rather than nominated.

“The time has come to bring accountability to local government through competitive politics. Election of DCEs at the local level can no longer be delayed. This is going to give a great boost to local initiatives and local self-reliance”, Nana Addo reportedly said while addressing a business forum in the United Kingdom in June.

Fast forward to September and the NDC manifesto is taking the voting of MMDCEs seriously.

Speaking at a fundraiser by the NPP USA chapter in April, DrBawumia stated that the party intends to issue national ID cards to eligible citizens in the first year of their administration when they are voted into power.

The NDC’s manifesto addresses this NPP promise too.

According to President, “we will provide every Ghanaian with a National ID card” if given another presidential term.

4. Irrigation in the North:

On his campaign tour of the tour of the three regions, Nana Akufo-Addo, promised to provide functioning irrigation infrastructure through the "One Village One Dam" policy to create jobs and improve food security in Ghana.

“...As far as this part of our world is concerned, I want to go further and talk about one village one dam", he stated while addressing members of the Bolgatanga Traditional Council in the Upper East Region.

But in an obvious response to this promise, President Mahama during the presentation of the highlights of the NDC’s manifesto stated “In many places in northern Ghana, we have dug out wells ... Those are not dams”

“We will expand the investment under SADA to construct more irrigation facilities”, he stated.

Nana Addo during a courtesy call on the chiefs and people of Suma Ahenkro, in the Jaman North constituency of the Brong Ahafo Region as they celebrated the Akwantu Kese festival in March promised to establish a Cashew Marketing Board to regulate the industry just as it is done for cocoa to give farmers the best prices in order to improve their livelihood.

Nana Addo’s promise came at a time when cashew farmers were unhappy with government over a decision by the Trade Ministry to place a temporary ban on the exportation of cashew nuts.

The ban was subsequently lifted and a few months after, the NDC's manifesto is promising President John Mahama will set up a new Cashew Board for Ghana to be headquartered in the Brong Ahafo Region should he win the December 7 polls for a second term.

The Electoral Commission(EC) is contemplating on reducing the ‘huge’ filing fees following complains by the political parties contesting the general elections.

The People’s National Convention’s presidential candidate, Edward Nasigri Mahama contends his name sake, John Mahama of the National Democratic Congress has woefully failed the citizenry and must be shown the exit at the December elections.

Don’t fall for Mahama’s tricky pledges, he did it in 2012 – NDP Official

The Eastern Regional Secretary of the National Democratic Party (NDP), Gideon Ampah has likened a vote for President Mahama in the impending election as signing one’s death warrant.

Head of Communication at the Electoral Commission, Eric Kofi Dzakpasu has confirmed seven political parties and two independent presidential candidates have picked up forms as at Monday, September 3, 2016.