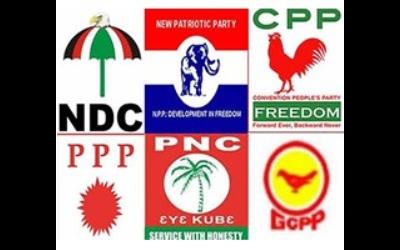 Dr Emmanuel Owusu-Ansah a lecturer at the Department of Statistics and Actuarial Science at KNUST has pointed out some regions to be the battlegrounds for the 2020 elections.

Doing the analyses on figures presented by the Electoral Commission against the population data of the Ghana Statistical Service, Dr Owusu-Ansah said due to the gains made in figures in Western Region, Central Region and Greater Accra Region they will be the battlegrounds for the upcoming elections.

"The battlegrounds will actually be the Western, Central and Greater Accra because they have some gains from 2016 and the gains from 2016 is significant enough to alter the dynamics of the election."

He explained that the increase in numbers of registrants is mainly caused by the restrictions on movement and the big universities in some of these areas that have been closed forcing students to move home.

Providing some grounds for the analyses he said, "I think to interpret the numbers we should be able to do some analyses and compare it to the national data, the Ghana Statistical Service has been doing this analyses over the past 10 years so they were able to give out some projections over the years.

One thing we should not lose sight of is that a lot of the people actually registered with the Ghana card, so we suspected that the age that we have there is correspondent into their actual age and that one will give a reflection of the population data that we have."

According to Dr Owusu-Ansah, they have some increment in some areas but at some regions, their percentage of voter share is more than that of their population share.

"As of the last mop up the EC saw that they have up to 16 million who have registered and if you look at that we have the regional distributions. Given the majority to Greater Accra region which actually resulted in some three and a half million. Now if you look at this distribution is it also very clear to ask that the percentage...is a true reflection over the years as the projection "actually says."

If you compare it to 2016 as the EC has already done the... resulted in Greater Accra having some 19.5%, Central with some 18.95% that gives us that these two regions actually have some form of increment even though Central region is not high we have a reason of putting it there, comparatively we also did some analyses with the population shared ratio and this 2016 was a projection by the GSS, it also shows that the Central region had some 8.6% and Greater Accra having 16%. So in 2016 Greater Accra were having the voter share more than it's population share in comparison with the national population data.

If you look at the voter population ration still Greater Accra had 66.41% it means that it has some... people out of it about 3 million people. "

If you compare this to 2020, the estimated population actually puts G/A at still more than 5 million and voter registration also puts it around 3.5milllion. "

The Electoral Commission, EC has disclosed that they have registered 16,963,306 persons at the end of the voter registration exercise.

This is according to the Chairperson of the Electoral Commission, Jean Mensa, pending processes of deduplication and adjudication.

It includes the 30,814 persons registered during the two-day mop-up registration exercise over the weekend.

She expects the figure to drop after these processes.

“The process of deduplication and adjudication, which are currently going will flag multiple registrations in the system,” she said.

“Additionally, the challenge system put in place during the registration and exhibition exercise will further flag unqualified voters on the register,” Jean Mensa noted further.

The EC chairperson is confident that the upcoming processes “will contribute to the cleaning of the register and ensure its integrity and credibility ahead of the 2020 election.”

The Greater Accra Region had the most registered voters with 3,5900,805 persons.

The commission last week announced that there were close to 800,000 persons “quarantined” on multiple registrations and exceptions list.

It has put in place an Adjudication Committee to manually determine cases of duplicated voter registrations.