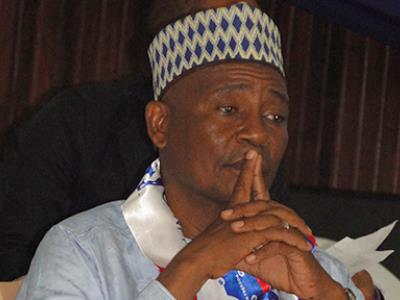 The Member of Parliament (MP) for the Madina Constituency, Mr Abu-Bakar Saddique Boniface has attributed his defeat to over-voting.

Mr Sosu polled 62,127 votes to beat the former Minister of Inner City and Zongo Development who got 46,985 votes.

Mr Siddique says his team is working around the clock on evidence which he will soon produce to justify his case.

"There was a lot of over voting but elections are won at the polling station so I told my people I won't go anywhere because I am a politician. If you come to my office my boys are working hard to put together all the evidence. If my people were reckless and made this happen then we have to challenge the results".

In an earlier interview with Citi FM he vowed to challenge the results.

"It's a surprise but I personally don't accept the figures but you will hear from me soon,"

"What do I mean? You should understand. Once the results is declared and you don't believe in those figures, what next, so that is it. "Definitely of course (I will be challenging the figures) but I reserve my comments to myself until I come out".

He also urged his supporters to remain calm as he seeks redress.

"Everybody should be calm. Have you seen even NDC jubilating in town, no. They know what is happening, I am telling you just wait it will come out... You will hear from me soon".

Mr Siddique was previously the Minister for Inner Cities and Zongo Development.