CDD to conduct another survey on Dec 7 poll in September 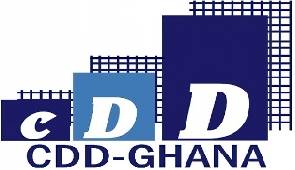 Despite the ruling National Democratic Congress' (NDC) outright dismissal of a recent survey by the Ghana Centre for Democratic Development (CDD-Ghana), the think tank is set to conduct another survey before the December 7 general elections, it has been disclosed.

The CDD-Ghana on Tuesday released the results of a survey which revealed that at least 70 percent of Ghanaians believe the economy of the country is heading in the wrong direction.

The NDC through many of its communicators has dismissed the survey saying the CDD-Ghana was an appendage of the opposition New Patriotic Party (NPP) and was just doing their bidding.

But according to Awal Mohammed, a Research Officer with CDD-Ghana, the think tank is not perturbed about being tagged and will in September go out again to ask Ghanaians their opinions of the upcoming elections.

Speaking on Newsfile on Joy FM Saturday, Mr Mohammed stated, "... but also again we will do a second survey before we go into the elections. So in a month and half's time we will go in there again and ask the people, what do you think of the December elections?"

In a reply to Deputy Chief of Staff Kenneth Wujangi's criticism of the report that “at the end of the day it depends on who does which survey. It depends on where in Ghana the person goes to get his data from. If one limits himself to city life; you sit in a hotel and conduct your survey, you will get results that pertain to sitting in a hotel", Mr Mohammed stated their report was credible and not cooked in a hotel room because the CDD-Ghana did not have the funds for that.

"I'm throwing an invitation to him [Wujangi] to come to our training for the second survey. The CDD doesn't have money for hotels. He should come and sit in our training. Our enumerators are coming from all over Ghana. And then when we go to the field, we'll take him along for him to go and see that we don't sit under trees and cook up figures", he said.

On her part, Dr Jemima Nunoo, a lecturer at GIMPA advised political parties that "when there is report by a think tank, we need to take the liberty to dissect the report and not be quick to have opinions".