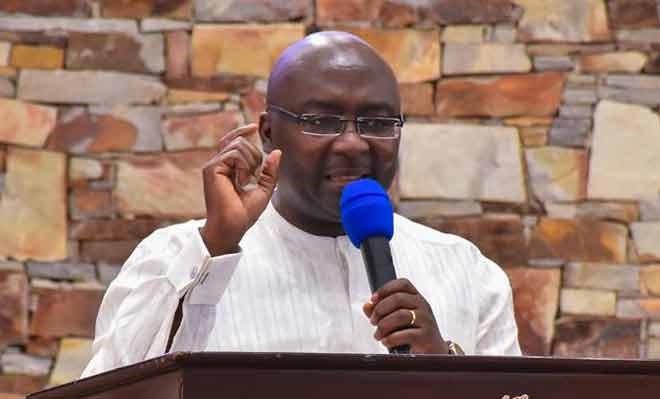 Vice President Dr. Mahamudu Bawumia has hit out at the National Democratic Congress (NDC) for underdeveloping some constituencies that have been loyal to them during elections.

The Vice President made this observation when he spoke in an interview with Bolgatanga-based A1 Radio during his recent visit to the Upper East Region.

Dr Bawumia said over the years regions like the Western, Western North, Northern, Upper East and other regions have sworn loyalty to the NDC but such places have suffered development deficit under the NDC government.

“Places which have been loyal to the NDC, for some reason, many of those places have no development taking place. I don’t understand why that is the case. When you talk about Western region, Western North region many many places you’ve seen that they’ve voted for the NDC since 1992 but they have some of the worst deprivation and you can see that it doesn’t make sense. So we will continue to do the roads across many many places and hopefully, everybody will get a fair share of the roads.”

He indicated that the NPP which birthed from the Northern People’s Party (NPP), has more of its roots in the north and stands for development contrary to the lies being peddled by its political opponents in the pursuit of a clandestine agenda.

“The NPP is not a southern party, it is not an Akan party. The Northern People’s Party is the core of the NPP. It is a party for all Ghanaians. North, South, East and West. Do not let anyone deceive you it is a ‘Kambonga’ party”, he disclosed.