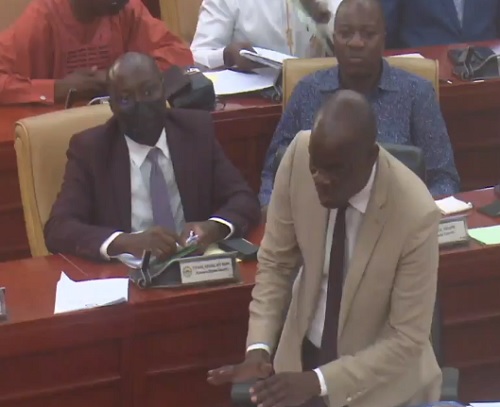 MP for Ningo Prampram, Sam George has urged Ghanaians to "trust the process and keep the faith" in the Minority's strategy after they walked out during the second reading of the E-Levy Bill.

He believes that the strategy of the Minority will be fruitful.

In another Facebook post MP for Tamale North, Alhassan Suhuyini said: Too many calls and messages I’m unable to respond to for now. For now, I’m scandalized, pained and disappointed. Some of our colleagues and lawyers said and still insist that they had a superior plan. Let’s exercise patience and support them to the end."

The Minority in Parliament on Tuesday, March 29 staged a walkout during the second reading of the E-levy Bill.
They walked out after Minority Leader Haruna Iddrisu said the NDC MPs remain united in opposing the policy.