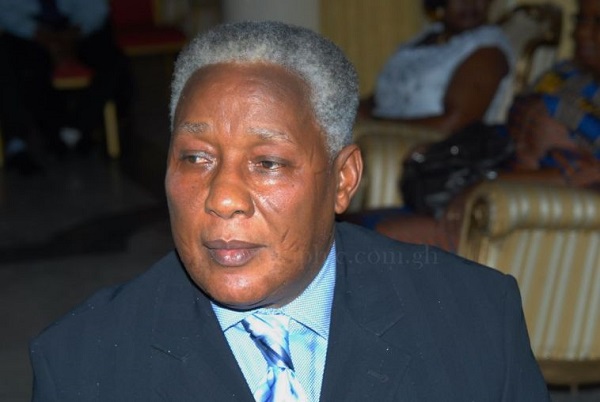 Enoch Teye Mensah former Member of Parliament for Ningo-Prampram constituency has been elected as the Council of State representative for Greater Accra.

The experience legislator who is also a member of the National Democratic Congress (NDC) beat competition from six others to emerge victorious in the election held on Friday, February 12, 2021.

The Greater Accra Regional Director of the Electoral Commission, Kwame Amoah in making the declaration indicated that Mr. ET Mensah, a former Minister of Youth and Sports in the Rawlings’ administration obtained 100 percent of all votes cast.

READ ALSO: Akufo-Addo's govt is all about corruption and we will see worse - Kwakye Ofosu

The other competitors, Nii Kotei Dzani; who is the immediate past member, Michael Kofi Mensah, Wilbeck Ato Sefah, John Mantse Akwetey, Nene Konor Atiapah III and Charles Andrew Parker-Allotey all did not get any vote.

Regional representatives for the Council of State are being elected in all 16 regions.

They will be joining the 11 appointees already named by President Akufo-Addo.

The President earlier, subject to consultation with Parliament, appointed, in accordance with Article 89(2)(a)(i)(ii) and (iii), Georgina Theodora Wood, a former Chief Justice, Lt. Gen. J.B. Danquah, a former Chief of Defence Staff of the Armed Forces, and Nana Owusu Nsiah, a former Inspector General of Police, to the Council.

The President of the National House of Chiefs, Ogyeahohoo Yaw Gyebi II, is an ex-officio member of the Council, in furtherance of Article 89(2)(b).

The Council of State is to among other things counsel the President in the performance of his functions.