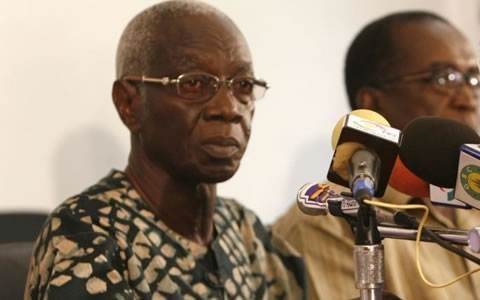 Dr Kwadwo Afari-Gyan, who is the former head of the Electoral Commission (EC) has urged observer groups to refrain from just finding faults and do a fact-finding activity during elections.

The former EC Chairman was speaking at a conference by Africa Election Observers Network (WAEON) in Accra on Tuesday, May 14, 2019.

"As far as possible observe the voter registration period being the building block of an election,"

His comment comes on the back of a recent disagreement between Coalition of Domestic Election Observers (CODEO) and the EC.

CODEO have been the neck of the EC over the violence that marred the Ayawaso West Wuogon by-election.

CODEO alleged that the low voter-turnout registered during the by-election can be blamed on the presence of masked men at polling stations.

The EC however, rejected the observation and claimed the election had a good voter turnout.

Dr. Afari Gyan believes the mandate of election observer groups is to help deepen the countries democratic credentials and not to detect faults.

He also urged election management bodies to adequately improve the skills of their officials to avoid elections-related errors.

"Where officials are I’ll-prepared, biased or corrupt, technology cannot be used to achieve credible elections," he stated.