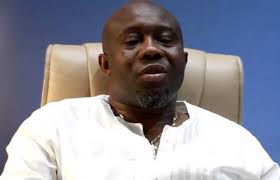 Information reaching primenewsghana indicate that Member of Parliament-elect for Awutu Senya West, George Andah will likely serve as the deputy minister for communications in the incoming government.

Close sources suggest that  he will be serving under Ablekuma West MP, Ursula Owusu-Ekuful  in the minstry which is expected to be restructured to re-create a the ministry of information.

The Ministry of Communications prior to July 2014, had its main task as being in charge of the telecommunications industry through the National Communications Authority (NCA) until outgoing president, John Mahama, in a reshuffle, put the functions of the Ministry of Information under the ministry with Dr Edward Omane Boamah as its head.

But according to our sources the Akufo-Addo government is going back to the old order and the appointments of the two is said to have been informed by by the extensive experience in the telecommunications industry.

While Mrs Owusu-Ekuful has had stints with Westel which was taken over by Zain and later Airtel, Mr Andah is a well-known guru in the industry having headed the marketing departments of MTN, Airtel and Gloss Ghana.