I''ll listen to Ghanaians and serve them with humility - Nana Addo 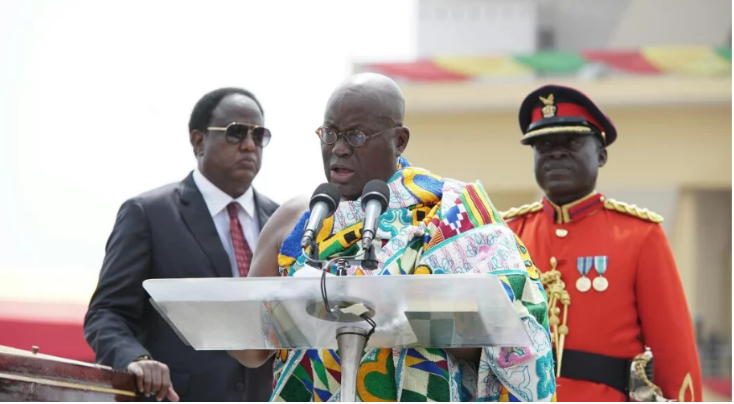 The President, Nana Addo Dankwa Akufo-Addo has promised to listen to Ghanaians and serve them with humility and a new attitude.

President Akufo-Addo was sworn-in at the Independence Square on Saturday at a colourful ceremony attended by 17 African leaders.

In his inaugural speech, he called for a shift in attitude and urged hope and support from Ghanaians.

Joining worshippers at his hometown of Kyebi in the Eastern Region for a thanksgiving service on Sunday organised by Okyenhene Osagyefo Amoatia Ofori Panin II in his honour, Mr Akufo-Addo reiterated his call saying he will need the same change of attitude from members of his government to bring the needed change in the country.

'We will let something good come out for them [Ghanaians] to know that we have good plans for them,' he promised the gathering.

Having campaigned 'deteriorating economy' and the inability of the Mahama administration to create more jobs, he further pledged to build on the 'solid economic foundation' laid by former President John Kufuor to ensure that jobs are created, businesses flourish, and the economy of the country improved than ever.

"That is the work we are coming to do", he maintained.

He called on Ghanaians to pray for him, asking for "strength, wisdom, courage and good heart to be a good leader for Ghana and also for his Vice President Dr Mahamudu Bawumia because "he is young, but huge work is ahead of him".