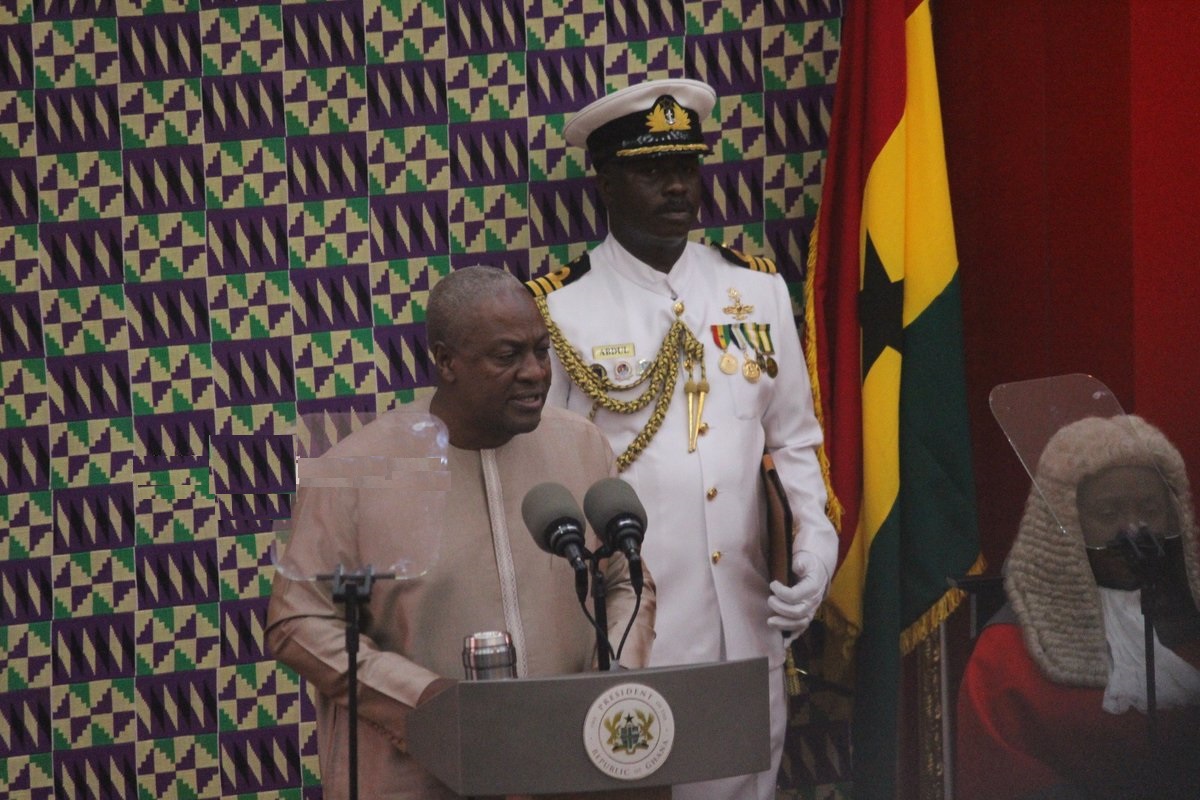 President John Dramani Mahama has stated that though he and president-elect, Nana Addo Dankwa Akufo-Addo were political opponents, they were all working in the interest of Ghana and he has utmost respect for him.

The defeat came after months of bitter campaigning in which the incoming president described him as an incompetent leader who was a threat to the nation's future with him replying that Akufo-Addo was a divisive and autocratic leader who was not worthy of ruling the country because he could hold his party together.

But addressing parliament on Thursday in his last State of the Nation Address (SoNA), President Mahama described their relationship as that of "worthy opponents".

"Giving our history, especially, that we have each had our turn at each side of a presidential election, it would seem only natural for us  to be considered opponents" but "in fact Mr Speaker, we are all on the same team as Ghanaians".

According to him, having known and worked with Nana Addo during their twelve-year stay in parliament, he had nothing but "the utmost respect for him".

He, therefore, urged Ghanaian to support Nana Addo on as he hands over the baton of leadership to him because "we can't afford to wish or hope the failure of any government".