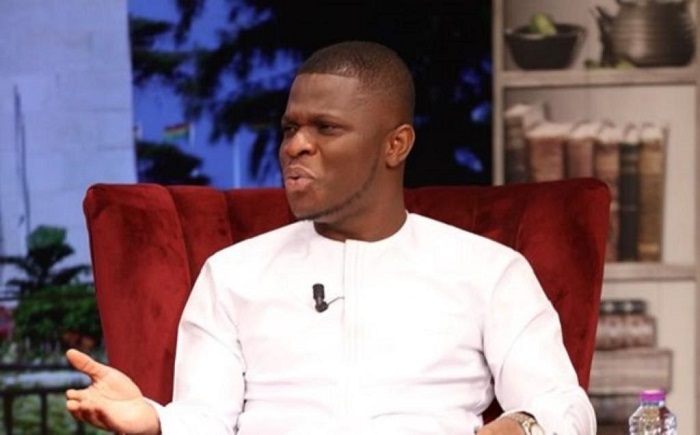 Communications Officer of the National Democratic Congress’ (NDC) has accused Jean Mensa Chairperson of the Electoral Commission for being mischievous.

This came on the back of Ms Mensa expressing disappointment that John Mahama did not file his presidential nomination forms in person.

On Wednesday General Secretary for the NDC filed the presidential nomination on behalf of John Mahama.

Jean Mensa after receiving the forms said she would have liked to meet Mahama so they address some of his concerns about the electoral process.

Mr Gyamfi, however, is of the view that the EC chair was being mischievous because the party has written to them and they have not addressed it.

“It is very mischievous for Jean Mensa to suggest that was expecting to see the flagbearer himself to have a conversation with him,” he said. Till date, Madam Jean Mensah has not deemed it fit to reply that letter or even call us for a meeting.”

“If Jean Mensa truly wished for a conversation with the National Democratic Congress or flagbearer, I am sure by now, she would have least replied the letter or would have had the decency to invite the flagbearer for a meeting but she hasn’t done so,” Mr. Gyamfi said.

The NDC Communications Officer also said there wasn’t much to be read into Mr. Mahama’s absence at the EC to file his nomination forms in person.

“If you look at the filling of the forms, getting people to endorse the forms and all that, it is normally done by the Secretariat of the party which is headed by the General Secretary of the party.”

Mr. Mahama is currently in the Western North Region for his campaign and launched the “retail” section of the NDC’s campaign.

He says the National Democratic Congress (NDC) will 'police' ballots at all polling stations in the upcoming election.

He also said the EC can't subvert the will of Ghanaians and they will do all they can to make sure the will of the people comes to past.

Mahama then advised the EC to live above reproach.