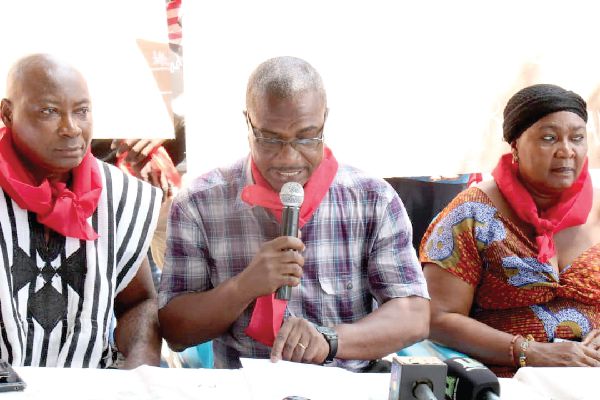 Residents in the Klottey Korley Municipality has disclosed that they want President Akufo-Addo to appoint an indigene of the area as their Municipal Chief Executive (MCE).

They claim information reaching them indicates that the President has already appointed a non-indigene as MCE and they are calling on him to reconsider his decision.

“Nobody can develop a community or a society better than the people from the community,” the spokesperson for the group, Mr. Dan Taylor, said at a press conference in Osu on Tuesday.

The group said they are highly aware that the President has the prerogative to appoint local representatives within the confines of the existing local government framework, “However, we are calling on President Nana Addo Dankwa Akufo-Addo and the New Patriotic Party (NPP) not to satisfy some selfish and parochial interests in the appointment, but rather look out for the general interest of the people and the residents of the municipality,” Mr Taylor added.

They added that the Greater Accra Regional Minister, Mr. Ishmael Ashitey, on an Accra FM radio on April 3, 2017, backed the call of the appointment of an indigene as Tema MCE.

According to the group, the minister pointed out that an MCE must understand the culture of the people he or she was going to serve, he said the minister stated emphatically that he was going to advise the president to consider the plea of the Tema people.

They said the regional minister had taken a contradictory stance as he supports a non-indigene to become the MCE for Klottey Korle Municipal Assembly.

“We are not ready to cooperate with a non-native MCE. If after all the plea a non-native is imposed on us, we will not accord him or her the usual courtesy. We shall fight back to express our discontent,” he stated.

“It is regrettable that our forefathers gave our lands for the capital city Accra including the recent acquisition of the large stretch coastal enclave for the Marine Drive Project. It is now clear that the people of Osu, Adabraka and Asylum Down were selling their identity and treasures when their forefathers gave their ancestral home for development,” he added.