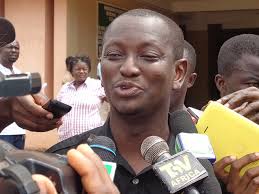 The Brong Ahafo Regional Chairman of the Ghana Bar Association (GBA), Alfred Tuah Yeboah has filed a suit at the Supreme Court challenging the approval of the 10 percent increment in emoluments for outgoing government appointees and other Article 71 office holders.

Members of the executive, legislature, judiciary and all others who are appointed based on Article 71 of the 1992 constitution state  are given lump sums as end of service benefits when their terms of office expire.

The Presidential Committee on Emoluments led by Professor Dora Edu Boandoh in a report released last week recommended a 10 percent increment starting from 2013 which was unanimously approved by parliament.

This led to calls for the scraping of the law mandating such payments as many deemed it detrimental to the finances of the state.

Mr Tuah Yeboah by his suit has moved from just criticising the payment and is seeking to stop it.

Also, he is seeking an interpretation of Article 71 on the payments of retirement benefits to Members of Parliament (MPs) every four years.

According to him, an MP should only be paid retirement benefits is he or she goes out of parliament and every four years as it is being done".

"If you are an MP and then you take your ex-gratia, it means that you are now out of parliament. That is the essence of retirement. Who in Ghana has gone on retirement three, four, five times or six times?", he stated.

Speaking in an interview with Joy News on Tuesday, he said, "a judge will take his or her retirement benefits at age 65 or 70 but MPs take theirs every four years. I think that is unconscionable and that is not the rationale behind Article 71".

"I think there is the need for interpretation of Article 71 for us to know the actual rationale or intention of that article and I'm fighting it to make sure that people do not benefit unduly under that article under the guise of retiring every four years".