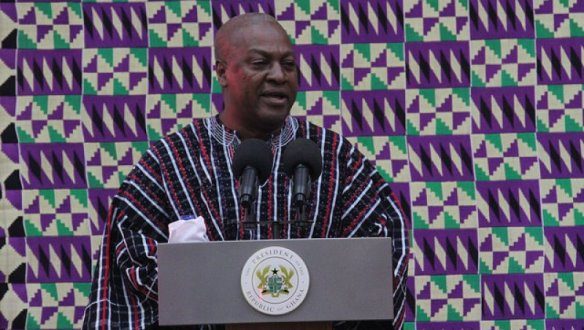 President John Mahama will today, Thursday, January 5, deliver his last State of the Nation Address (SoNA) ahead of the expiration of his four-year mandate on Friday.

The address which is accordance with Article 67 of the 1992 Constitution which states that “The President shall, at the beginning of each session of Parliament and before a dissolution of Parliament, deliver a message on the state of the nation”, was earlier slated for Thursday, December 22, 2016, but was rescheduled for undisclosed reasons.

According to MP for Banda and Deputy Majority Chief Whip, President Mahama's address which is expected to commence at 10:00 hours GMT will be the main business of parliament today and will be the last before the sixth parliament is dissolved on Friday at midnight.

Presidents have usually used the opportunity to highlight their achievements in office and judging from his previous addresses, President Mahama's last SoNA will likely not be any different as he is expected to touch on his achievements and what he is leaving behind for the incoming government.