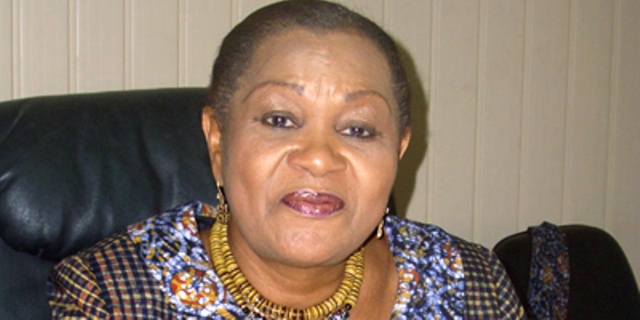 Former CEO of the Ghana Chamber of Mines Joyce Aryee has described outgoing president, John Mahama as a brave person.

According to her, having suffered such a heavy defeat in last month's general elections which gives him the unwanted record as the first one-term president in Ghana's history, President Mahama's demeanour at his last State of the Nation Address (SoNA) shows that he was very brave.

President Mahama, who lost the December 7 general elections by close to 10 percentage points to the New Patriotic Party's (NPP) Nana Addo Dankwa Akufo-Addo, on Thursday delivered the SoNA touting some achievements of his presidency and calling on Ghanaians to support the incoming administration.

His speech, though brief comparing to previous ones, has widely been applauded.

Speaking on Joy FM's Super Morning Show on Friday, Dr Aryee who sounded impressed said, “this loss of election has been a big blow. Other presidents as we have known from Jerry John Rawlings to Kufuor have left after serving the eight years where they couldn’t have come to serve anymore.“It is not easy to be remembered as the one-term president. I think he was brave, he spoke well under the circumstances.”On the substance of the speech, Dr Aryee who served as the Secretary of Education between 1985 and 1987 in the erstwhile PNDC regime felt President Mahama's achievements in education was questionable considering the fact that teachers who are supposed to have been trained were yet to be posted.