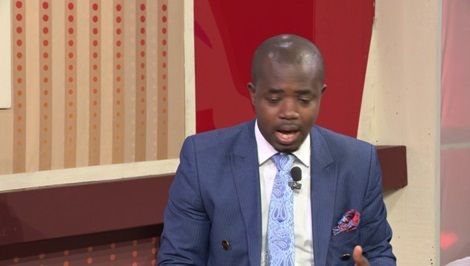 Government has insisted on the deal to leverage mineral resources in exchange for development finance is in Ghana’s interest.

The Minority in Parliament remains unconvinced, citing a lack of transparency in the Agyapa deal.

The NDC MPs in Parliament have therefore threatened to write to the London Stock Exchange about the controversial Agyapa Royalties deal.

Speaking on Joy FM's Newsfile on September 5 2020, Mr Tamakloe said they are still firm on their decision that the deal is not in the best interest of Ghana.

"The question demonstrating that this deal is 'elite capture' still stands and needs an answer. The decision that the Minority has taken that this deal should be cancelled still stands. Once someone's financial company is involved in a deal, clearly his motivations will be more than that of the country. The finance minister is conflicted"

Former President John Mahama says the NDC will legitimately frustrate the deal to make sure it does not happen.

The NDC has stated clearly that it will disregard the Agyapa Royalties deal in its next administration.

The Finance Minister Ken Ofori-Atta on the same show insisted the government's handling of the controversial Agyapa deal has been very transparent.

He said there is more clarity about the deal from the government and many will soon understand what it entails fully.

The deal is to permit Agyapa Royalties Ltd to operate as an independent private sector entity and raise funds from the Ghana Stock Exchange (GSE) and London Stock Exchange (LSE).

The Agyapa Royalties deal is intended for the country to gain maximum value from its mineral resources by monetizing its mineral income in accordance with the Minerals Income Investment Fund (MIIF) Act of 2018 (Act 978).