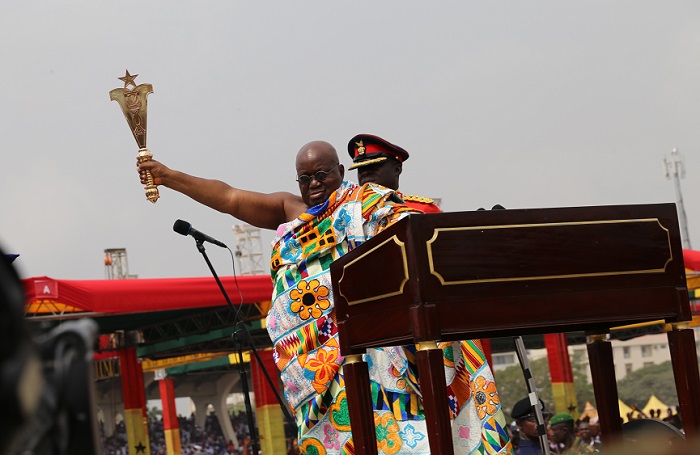 Majority Leader, Osei Kyei Mensa Bonsu, says Parliament has resolved to discontinue the practice of swearing in newly elected Presidents at the Independence Square instead of Parliament.

This the Majority Leader and Minister for Parliamentary Affairs says will be discontinued beginning January 2021 subject to security considerations.

The Suame MP was speaking at the commissioning of the new Job 600 Annex.

Article 57(3) of the 1992 Constitution states that “Before assuming office the President shall take and subscribe before Parliament the oath of allegiance and the presidential oath set out in the Second Schedule to this Constitution.”

Some have interpreted the dictate of the constitution as having the president-elect being sworn in anywhere so long as parliament is convened there and not necessarily within the precincts of the Parliament House.

Typically, the House has convened at the stroke of midnight ahead of the swearing in to be dissolved while the new parliament is sworn in.

After this is done, they proceed to the Independence Square to convene a meeting there to oversee the swearing-in ceremony of the new president.